HBO Max, Complete with Friends, Is Streaming May 27. Here's the Details. 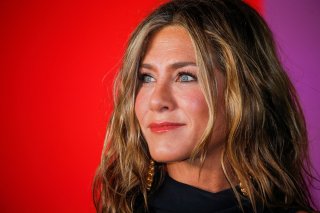 If you've missed being able to stream “Friends” during the coronavirus lockdown, the Central Perk gang will be back in your life in just over a month. But you’ll probably have to pay another subscription fee for it.

HBO has announced that its new HBO Max streaming service, which offers HBO content and much more, will make its debut May 27, and that will include the entire run of “Friends,” for which Warner Media reportedly paid over $400 million over five years last year to lure from its longtime streaming home at Netflix. A “Friends” reunion special is also on the way, but has been delayed, and will not be ready for the launch of the service.

According to HBO's announcement, six new shows and movies will debut at the launch of HBO Max: The Anna Kendrick-starring series "Love Life," the underground ballroom dance competition show "Legendary," the kids craft competition series "Craftopia," the Sundance sexual harassment documentary "On the Record," a new series of Looney Tunes cartoons, and "The Not Too Late Show with Elmo," a late night-style talk show starring the "Sesame Street" character.

More new shows will roll out throughout the summer and fall, including a three-part documentary about comedian Amy Schumer, the Ridley Scott-produced sci-fi series "Raised by Wolves," and "The Flight Attendant," a drama series starring "The Big Bang Theory"'s Kaley Cuoco, along with "Devs" star Sonoya Mizuno.

But a big selling point of HBO Max is clearly its extensive movie and TV show library, which the company says consist of 10,000 hours of "premium content." In addition to "Friends" and the entire HBO canon, the service will offer the entire runs of “The Big Bang Theory,” “Rick and Morty,” “The Fresh Prince of Bel-Air,” “The O.C..” and much more. Also available will be the library of the Warner Brothers movie studio, which includes the Batman and Superman movies, Casablanca, The Wizard of Oz, and the Studio Ghibli animated library. HBO Max will also be requiring originals to debut on the service.

A notable omission from the launch? The “Harry Potter” movies, which were distributed by Warner Brothers but whose streaming rights remain the subject of a dispute with NBC Universal. HBO said in January that negotiations to bring the Potter films to HBO were ongoing.

HBO Max is priced at $14.99 a month, but it's making a special deal available for customers of AT&T.

"Customers who subscribe to HBO through AT&T will be offered immediate access to HBO Max included in their service for no additional charge," the company announced in a statement. "In addition, customers on select AT&T wireless, video and internet plans will have HBO Max included."

HBO Max will be offered at no original charge for AT&T TV and DirecTV Premier customers, with existing customers on "many of our video packages" also receiving three months at no additional charge at launch.

AT&T owns Warner Media, the parent company of HBO. It was also announced last week that those who currently subscribe to HBO through cable company Charter Communications will get access to HBO Max at no additional charge.