Here's the Latest on HBO’s Game of Thrones Spinoff 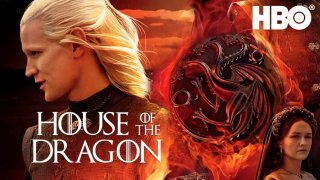 It’s been known for over a year that HBO is at work on a new spinoff series from Game of Thrones, titled House of the Dragon. The series is based on another part of George R.R. Martin’s “A Song of Ice and Fire” books, specifically the 2018 novel “Fire & Blood.”

Back in December, HBO provided an extremely brief look at the House of the Dragon series, as part of its teaser of what’s coming soon. That teaser featured footage of a dragon breathing fire, as dragons are expected to be a fairly major part of the show.

The series tells the story of House Targaryen, although it is set hundreds of years prior to the events of the original Game of Thrones TV series. Officially ordered in late 2019, the series began filming in the spring of 2021. There’s no official release date set, but the show is scheduled to arrive in 2022, on HBO and also on HBO Max.

What else can we expect from the series? One of the actors on the show talked a bit about it in a recent interview.

Actress Olivia Cooke plays Queen Alicent Hightower on the show. In an interview with Collider, in which she was promoting a different movie, Cooke talked about her character and the show in general.

"What's amazing about Game of Thrones, like we saw in the past series, is that one season, you hate a character, and the next, you absolutely love them and will go to the ends of the earth for them. You just don't know what you're gonna get with these characters,” Cooke said in the interview. “They’re so well-written. Such is the human condition, you can do some horrendous things, but then you can also do some wonderful things as well. It's very complex, and it's not black and white at all.”

Also in the interview, Cooke said that her character is “very complex and I think people are gonna want to see the worst in her,” and that the character wishes for the throne to pass to her children.

Other cast members on the new series include Paddy Considine as Viserys I Targaryen, Emma D’Arcy as Rhaenyra Targaryen, Matt Smith as Daemon Targaryen, and Rhys Ifans as Otto Hightower.

Around the time the original Game of Thrones was wrapping up production, HBO is known to have commissioned multiple potential spinoffs of the popular show. One such show, which was to star Naomi Watts, even moved into active development, although it was later canceled in favor of “House of the Dragon.” It’s unclear if other Game of Thrones spinoffs will follow in the future.