Home Button Is Back: 5 Reasons to Buy the New iPhone SE 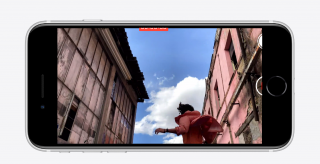 Following weeks of rumors, Apple on Wednesday finally announced that it is indeed bringing out a new, entry-level iPhone this month. It's called the iPhone SE, it's powered by the A13 Bionic chip, its screen is 4.7 inches, and its starting price is just $399.

Due to coronavirus, the iPhone was not announced at an Apple public event-nor will it be available to start at Apple Stores, which are closed until at least early May.

For most existing iPhone owners who aren't using phones that are many years old, getting the new iPhone SE wouldn't exactly be considered an "upgrade," since it lacks some of the features of newer iPhones, such as multiple cameras and FaceID.

But there are, however, quite a few good reasons to consider buying the iPhone SE:

- Affordability. The iPhone SE starts at $399, whereas the most recent iPhone, last year's iPhone 11 started at $699, with the iPhone 11 Pro and Pro Max starting at $999 and $1,099, respectively. Prices get higher for higher-capacity versions.

We are, after all, entering a probable recession, with people around the country facing significant economic uncertainty that's likely to extend for a while. Consumers are going to be cutting their spending, and if getting a new iPhone is necessary, the new iPhone SE provides an option to spend a bit less.

- You really miss the home button. Apple debuted FaceID in the iPhone X in 2017, which entailed doing away with the fingerprint-based TouchID and the home button. Subsequent iPhone releases have kept FaceID, although the new iPhone SE has brought back the home button and TouchID.

But not everybody likes FaceID, and as the coronavirus era has shown, it doesn't usually work when the user is wearing a face mask. For iPhone users who are nostalgic for the home button, the new iPhone SE is an opportunity to get it back.

- Compactness. Trends over the sizes of mobile phones are ever-changing. At one point it was a race to make them as small as possible, then as thin, and eventually to create large and vivid screens. But not everybody wants a huge phone. For users who have smaller hands, or favor clothes with smaller pockets, the 4.7-inch iPhone SE represents an undoubtedly better fit than the massive, 6.5-inch iPhone Pro Max, or even the 5.8-inch iPhone 11 Pro.

- Nostalgia. The original iPhone SE arrived in 2016, with a re-release a year later, and the device was discontinued by Apple in 2018; this is the first new iPhone SE since. If you had the iPhone SE back during its original run, and it was your favorite phone ever, the new version represents a chance to get back that feeling.

- The right time of year. Apple traditionally brings out its new flagship iPhones in the fall, with an eye towards the holiday shopping season not long after. But the needs of its customers aren't always such that they line up exactly with when a brand new phone is available.

Did your screen crack in the last few weeks? Are you suddenly working from home and need a better device than the one you've been using? The spring time frame allows you to get a newly introduced phone right now, rather than wait for a different time in the product cycle.

The iPhone SE is available for preorder on April 17, and arrives April 24.