How Many Google TV Products are There? Here Is Our Guide. 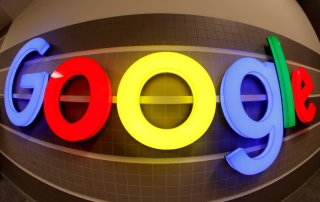 Google took the wraps off of several new products Wednesday at its Launch Night In event, including the new Pixel 5 flagship smartphone, the additional Pixel 4A 5G, and a Nest Audio smart speaker. But the other marquee reveal from Google was a new streaming product called Chromecast With Google TV.

The product, which had been widely leaked before its official release, is different from the previous versions of the Chromecast in that it doesn't require a phone. The $50 device works more like a Roku box or Apple TV, where it includes just a dongle and remote.

As part of the launch, Google also announced that it is changing the name of the Google Play Movies & TV store to “Google TV.

But you may be wondering- isn't there already something called Google TV? And how is that different from Android TV and YouTube TV, both of which are also Google products?

The original Google TV was a smart TV platform launched by Google back in 2010, at the dawn of the smart TV era. Developed along with Sony, Intel and Logitech, it was a product that was in many ways ahead of its time, and resembled an early version of the interfaces that are now a mainstay of smart TVs.

A decade ago, however, the product didn't quite catch on, largely because, as The New York Times reported at the time, TV networks didn't allow their content to appear on the platform.

“Nobody bought Google TV devices, and OEMs mostly abandoned the platform. There are still a few floating around on discount, but Google too has moved on,” tested.com wrote of the original attempt, in 2014.

Soon after that, Google pivoted. They launched the original Chromecast in 2013, a $35 dongle that allowed users to “cast” Netflix and other streaming content to their TVs, just at the time that streaming content was starting to become popular (“House of Cards” launched on Netflix in 2013.)

And then came Android TV, which arrived in 2014 as Google TV's successor. Android TV has had much more staying power than its rivals, and has continued to reach partnerships with TV manufacturers, including TCL, which debuted its first Android TV models in the United States this year, despite TCL being associated with the Roku TV interface.

However, in a CNET interview, a Google executive suggested that the “Google TV” branding will replace that of Android TV.

As for YouTube TV, it's the vMVPD (Virtual Multichannel Video Programming Distributor), a subscription service that offers some but not all cable channels. This week, YouTube TV made news for losing its suite of Sinclair-owned Fox Sports Net regional sports networks.

The new Chromecast With Google TV is available to order now, for $49.99, and also in an $89.99 bundle that also includes six months of Netflix.