Hulu Is Being Sued by Customers Claiming It Throttles Desktop Streaming 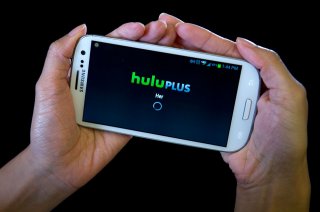 Hulu, the streaming service that’s now owned entirely by Disney, gained nearly two million subscribers in the last quarter, bringing its total up to a respectable 32 million, despite not being available internationally.

However, Hulu is now facing a class-action lawsuit by customers who claim that Hulu throttled its service on web browsers.

According to Variety, the suit was filed in Los Angeles Superior Court in mid-April, although it didn’t appear to garner any media attention until this week.

“Defendants prefer that users use the Hulu applications because, compared to computer browsers, applications provide more direct access to consumers’ personal data during online and offline use,” the suit says, according to Variety. It also claims that the company falsely advertised that the service would stream quickly “on all your favorite devices.”

The suit also cites statements by Hulu customer service representatives on both the company’s community discussion board and on Reddit, with the Hulu reps telling customers that “HD Quality (720p) has been temporarily disabled.”

The class includes subgroups in New York and Los Angeles. Hulu was hit with a different class-action suit in 2017, by The American Council of the Blind, Bay State Council of the Blind, and other organizations, which alleged that the service wasn’t offering an audio description of any of their content. Hulu later settled that suit, the following year.

Hulu did not respond to the Variety report.

While Hulu is mostly consumed these days either as a mobile app or as a TV streaming product, it actually got its start as a desktop app. Originally a joint venture of the companies that owned the major TV networks, Hulu was thought of at the time of its 2007 launch as a “YouTube killer,” before it pivoted a few years later into a Netflix competitor.

Meanwhile, Komando reported this week that Hulu customers have been targeted with a phishing scam, in which a realistic-looking email tells users “unfortunately, your Hulu subscription has been canceled.”