iPhone 13: What We Sort of Think We Know So Far 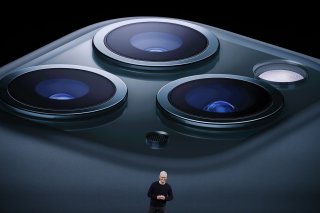 Apple, as it does every year, is expected to bring out a new iPhone line later this year. And as with most years, the rumor mill is full of speculation about what the new iPhones will look like, and when we might see them. That is often sourced from the Asia supply chain, from intelligence about, say, how many glass panels Apple’s suppliers appear to have ordered.

In 2020, the pandemic meant that many iPhone rumors were centered on whether there would be a delay in the arrival of the new models; two of the new iPhones ended up arriving in October with the other two coming in November, when they usually hit the market in September.

This year, there’s less talk of a delay, with most speculation centering on features and aesthetic qualities. But nothing is officially confirmed, up to and including whether it’s even called the iPhone 13.

According to Tom’s Guide, the rumored consensus appears to show four new models, at the same sizes as the four iPhones that arrived as part of the 2020 lineup. It’s expected that the notch, while not going away, will be smaller on the new models. The two Pro models are seen having a 120Hz LTPO display, with the other two models featuring  a LiDAR sensor. And the report saw September as the most likely release time frame for the new models.

A separate report from CNET also looked at the question of timing of this year’s iPhone’s release. Citing a report from Digitimes that iPhone production this year is ahead of schedule, CNET predicted that “we can expect to get a first look at the iPhone 13 at an event at some point in September.”

Another CNET report this week indicated that a pink iPhone may be arriving as part of this year’s model, at least according to the Twitter rumor mill. Apple, at its event earlier this spring, announced the arrival of a purple iPhone, which joined previously available colors.

“The veracity of this rumor is pretty hard to vouch for, not having originated or been corroborated by notable leakers with solid Apple-leak track records, and it's certainly easy enough for anyone on Twitter to alter an image and call it a ‘leaked render,’” CNET said of the pink iPhone rumor.

We’ll know a bit more, at least peripherally, next month, when Apple holds its World Wide Developers Conference (WWDC), once again virtually. At WWDC the company is expected to unveil the latest version of iOS, as well as its other operating systems, although details about iPhone hardware tend to wait until weeks before the launch of the devices in the fall.