iRobot Won't Be Delivering a Robotic Lawnmower in 2020 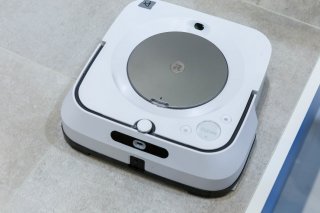 The American company iRobot has been producing the Roomba, the most popular robotic vacuum cleaner, since 2002. Available in several sizes and form factors, the Roomba has become synonymous with that product category and has even gained some cultural cachet. On "Parks and Recreation," Aziz Ansari's Tom Haverford character rigged an iPod and speaker dock to his Roomba, and called it "DJ Roomba."

In early 2019, iRobot announced its entry into a new category: A robotic lawnmower, called Terra.

In a video released by the company in January of 2019, the Terra was described as "the intelligent robot lawn mower." Using beacons, as well as an app, users could direct the product is to where to mow. Pricing was not announced at the time.

There are other robotic lawnmowers on the market, but none used that beacon system, or came with the built-in brand loyalty of the Roomba maker.

"We're cutting a path to a home that takes care of itself, inside and out," the company said in the video. Last September, The Verge reported that the beta for the project was "progressing well," and that a market arrival was expected in 2020.

However, more than a year passed from the initial announcement, and the Terra product never reached the market. And now, the company says the delay will continue indefinitely.

"In conjunction with the workforce reduction, the company has suspended the go-to-market plans for its Terra robot lawnmower," iRobot said this week in its quarterly earnings release. "This decision primarily reflects the likelihood of significant delays to the company's 2020 commercial plans for Terra caused by COVID-19 combined with the overall intensity of planned technology investment over the coming quarters."

The company, in its release, announced a 19 percent decrease in revenue over the year before in the first quarter. iRobot recently eliminated around 70 positions, mostly from its R&D operation. The company will also "accelerate certain strategic initiatives and further shift R&D engineering talent from hardware to software."

Techcrunch, in analyzing the decision, wrote that "it's hard to say how much of this has to do with global supply chain issues and how much is simply a perceived lack of demand."