Local TV Is Back (With an Assist From Coronavirus?) 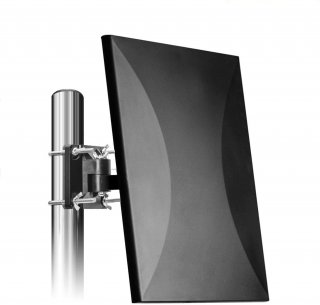 Much has been written, in the age of coronavirus and social distancing orders, of how much more time viewers are spending on streaming services. This, along with economic uncertainty and the absence of live sports, has led many to conclude that a major new wave of cord-cutting is on the way.

But a new study shows that another form of content delivery has seen a revival in the current era: Local broadcast television.

The Television Bureau of Advertising (TVB) has put out an analysis of Nielsen viewership data. The TVB is a trade group that represents the local broadcast television industry, so they undoubtedly have an agenda here, but their numbers do show increases in local TV viewership, especially among adults over 35.

Those numbers match reports from earlier this month that both local news and broadcast network shows were showing their best ratings in memory- and not only among older demographics.

With an election season in progress and massive amounts of political advertising important to stations' bottom lines this year, TVB is focused on the advertising market going forward.

“With traditional campaigning on hold, political campaigns must shift their strategies in order to reach voters at home,” TVB President and CEO Steve Lanzano said in a statement. “Now more than ever, the most effective way for campaigns to reach voters is through local broadcast television. Local TV viewership is growing, which presents political campaigns and ad buyers with a terrific opportunity to engage likely voters. Advertising on local stations will enable candidates to reach even more of the audiences that will be critical to success in 2020.”

However, as a Buffalo News columnist pointed out last month, the current conditions haven't been all good news for local stations, despite rising ratings. That's because many advertisers have been decimated by the economic conditions and less able to spend, while local programming is frequently pre-empted by press briefings by the president, governors or other public officials.

And even in the event of a major surge of cord-cutting, most of the options for doing so mean a loss of local TV stations. Those cancelling cable can still get local stations through such options as YouTube TV and Hulu + Live TV, or if they purchase a digital TV antenna.