Love Your TCL TV? Get Ready for TCL OLED HDTVs. 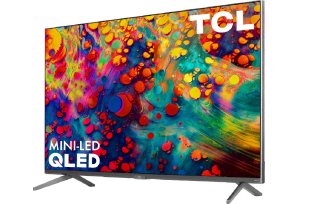 After many years of climbing the TV market share charts with QLED-based TVs, TCL recently confirmed that it will soon begin making OLED TVs.

TechRadar had an article last week that said TCL is jumping into the OLED game, with a target for production to begin in 2023. TCL had been reportedly working on a new method of inkjet-printed OLED TV, which included an investment by TCL in the Japanese company JOLED.

The report speculated that the arrival of TCL in the market could lead to a reduction in the prices of OLED TVs, which are traditionally the most expensive of high-end TVs. The process that TCL is planning to use, according to that TechRadar piece, would be much cheaper than what is being done now. Under the status quo, LG Display makes OLED panels and sells them to the existing OLED TV manufacturers, led by Sony and LG Electronics.

Meanwhile, Samsung is said to be working on a new type of TV of its own, called QD-OLED, which could arrive on the market as soon as 2022. An article in Digital Trends described QD-OLED as “a hybrid display technology that aims to take the already very impressive qualities of OLED TV and improve on brightness and color through the use of quantum dots.”

“Despite years of competition with LCDs in the market for high-end displays of all sizes, OLED market penetration remains limited because of its expensive production costs,” Chase LI, a senior analyst at IHS Markit, told TechRadar.

"[Ink-jet printing] has the potential to dramatically reduce manufacturing expenses, making OLEDs more cost-competitive with LCDs in products including televisions and displays for computers and tablets.”

According to What HiFi., TCL’s British arm hinted at the OLED timeline at a press conference in the United Kingdom, where it was detailing the release plans of its lower and mid-range P and C Series TVs, which come equipped with Google TV.

TCL’s Aaron Dew told Tom’s Guide a bit about the plans in a recent interview.

Dew, in that interview, did not commit to a production or arrival date for the TVs with the new technology. But he did say that TCL is committed to continue producing everything in house, and that it would not purchase OLED panels from LG or another manufacturer.