Major League Baseball Could Launch Its Own Streaming Service 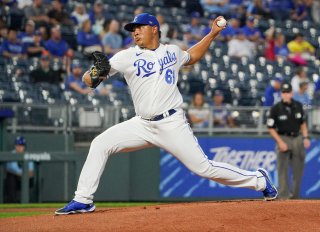 Some people have been saying that the business model of regional sports networks (RSNs) is in trouble. For many years, the sports networks were somewhat insulated from trends related to cord-cutting, but the decline of traditional pay-TV has finally begun to make itself felt on the sports side.

It’s gotten to the point where the parent company of the Bally’s Sports family of networks is said to be in danger of bankruptcy.

“Top executives from leagues and media companies share a common belief that the Sinclair subsidiary Diamond Sports Group, which owns twenty-one Bally Sports-branded RSNs, could be headed into bankruptcy,” according to the Sports Business Journal.

This followed several disputes that resulted in the Bally’s channels disappearing from YouTube TV, Hulu + Live TV and other services, less than two years after the former Fox Sports networks switched to new ownership.

While it’s been speculated that Sinclair Broadcast Group, which now controls the Bally networks, could launch a streaming product of its own, Rob Manfred, the commissioner of baseball, said at a sports business conference last week that Sinclair lacks enough digital rights to do such a thing. Manfred said at that conference that “we want to own and control the platform on which they’re delivered, we may have partners in that process.”

Now, a new report said baseball has another idea of how to make streaming work for it: a sports streaming service.

The New York Post reported Monday that MLB is in talks to “launch a nationwide video-streaming service that would enable fans to watch their teams’ hometown games without a cable-TV subscription.” The service would launch as soon as the 2023 season, which is the season after next.

The other big news in the story is that two other sports leagues whose games are mostly shown on RSNs, the NBA and NHL, are in talks to join MLB’s new service.

How much would it cost?

“Insiders say subscription rates would vary by geographic market and could be between $10 and $20 a month—well below the monthly cost of most cable-TV packages, which can easily stretch past $100,” the New York Post article says.

Baseball already offers a service called MLB.tv, where fans can subscribe to all of the league’s out-of-market games. Another package, under MLB.tv, allows fans to subscribe to the games of one particular team, although it does not allow them to do so for the team in their home market. The new service, presumably, would eliminate that restriction.

If it launches the service, it would appear, would not be a replacement for existing agreements with cable channels, but would exist alongside them. The game broadcasts would presumably continue to be produced by the RSNs.

However, the existence of such a service would eliminate one of the most powerful reasons many people have for continuing to pay for cable and other traditional pay-TV- and could serve to further hasten that model’s demise.

The newspaper did say that MLB “could end up offering cable-TV giants a piece of the streaming revenue to compensate for potential subscriber losses.”   Manfred is arguing that “cable TV won’t lose many subscribers, as MLB is mainly targeting younger customers who have already cut the cord,” according to the New York Post. Baseball has long been known to worry about the older skew of its fan base, and its trouble with attracting younger fans.

If MLB’s plans come to fruition, then it will represent a major change in how the economics of American professional sports work. Early on in the DVR area, sports programming became extremely valuable, with local rights fees exploding, to the point where some baseball teams who had recently signed huge TV deals found themselves flush with cash in order to sign players.

But with cord-cutting beginning to affect sports, there’s suddenly a chance of that revenue stream being reduced, or possibly even going away entirely.

“This is obviously an ambitious move for MLB, and there are a lot of details that still need to be filled in,” Awful Announcing said of the proposal. “It’s hard to imagine the rightsholders being easily assuaged here, too, but MLB holds a lot of cards themselves. This kind of service, especially with the potential to be a joint effort with two other major American sports leagues, would be a massive undertaking, and it really could upend a lot of current standards.”