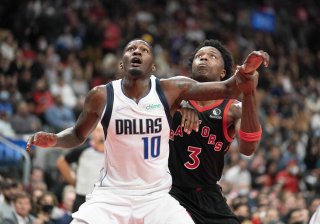 There have been a lot of reports in recent weeks that the regional sports network (RSN) business model is beginning to collapse. The company that owns many of them, Sinclair-owned Diamond, is said to be not doing well financially, while the sports leagues are making noises about launching their own streaming product. Also, frequent carriage disputes have affected access as well.

One such situation is in Dallas, where the main RSN, Bally Sports Southwest, is only available on one vMVPD streaming service, which is DirecTV Stream. So, the owner of one of the local teams has stepped up in an unorthodox way.

In fact, Dallas Mavericks owner Mark Cuban has offered to give fans of that NBA team a $50 credit towards DirecTV Stream, according to the Dallas Morning News. That $50 would cover more than half of the $84.99 a month price tag for that vMVPD, which carries the games of the Mavericks, the NHL’s Dallas Stars, and Major League Baseball’s Texas Rangers.

Subscribers to cable, as well as DirecTV proper, are able to access the sports channel and its games. In addition, the Mavericks are expected to play on national television more than twenty times this year, with those games on ABC, ESPN, TBS and TNT.

Cuban, who is “still working on details,” is planning to first make the offer available to season ticket holders, and ultimately offer it to ten thousand fans in total.

Mark Cuban, well-known these days from his participation in Shark Tank, is a longtime tech entrepreneur, and someone known for his unorthodox style in the running of his basketball team. Cuban also feuded occasionally with former President Donald Trump, in a beef going back to when they hosted rival reality shows, and even flirted with making a bid for the presidency himself.

“I never would have considered this prior to a month ago but now things are changing rapidly and dramatically. . . . I’m not saying no, but it’s not something that I’m actively pursuing,” Cuban said in a Fox News interview last year. “I’m just keeping the door open.”

DirecTV Stream, formerly known as AT&T TV, was relaunched this summer, following AT&T’s spinoff of DirecTV. The commercials for DirecTV Stream have emphasized its sports content, including featuring tennis star Serena Williams in several of them.

“Streaming services, like most entertainment mediums, are fun until business and politics ruin a good time. Sinclair snatched potential customers away from streaming services like Youtube TV, Hulu and others as those streaming sites lost rights to regional Fox Sports channels (now Bally Sports),” Sports Illustrated said of the situation. “With Cuban’s help, the cost of watching Mavs games on the sole streaming site which has the rights to broadcast your favorite team will possibly take a delightful dive.”