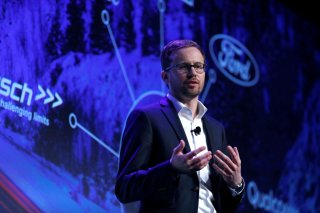 Not long after Wi-Fi 6 products first arrived in 2020, the Federal Communications Commission (FCC) made a decision that turned Wi-Fi 6 into a thing of the past. By releasing an additional 1,200 megahertz of spectrum for unlicensed use, the FCC made Wi-Fi 6E technology accessible for consumers. New Wi-Fi 6E routers and other products were finally revealed at the Consumer Electronics Show (CES) in early 2021.

And now we have our first look at Wi-Fi 7.

MediaTek gave the first demonstration of its Wi-Fi 7 technology on Wednesday at CES. According to TechRadar, the Taiwanese chipmaker plans to debut its first Wi-Fi 7 products under the Filogic brand in 2023. The Wi-Fi Alliance has not yet released its standards for Wi-Fi 7.

The report stated that Wi-Fi 7 will be able to support speeds of up to 40 GB per second, which is more than twice as fast as Wi-Fi 6 and 6E. It will be able to use all frequency bands—2.4GHz, 5GHz, and 6GHz—while also serving virtual reality technologies in the future.

MediaTek will utilize what it calls multi-link operation (MLO) technology. According to MediaTek, MLO technology will aggregate multiple channels on different frequency bands in order to smoothly manage network traffic.

In addition to enhancing general internet use, the technology is meant to deliver faster streaming speeds.

“The rollout of Wi-Fi 7 will mark the first time that Wi-Fi can be a true wireline/Ethernet replacement for super high-bandwidth applications,” said Alan Hsu, a MediaTek executive.

Hsu added that “MediaTek’s Wi-Fi 7 technology will be the backbone of home, office, and industrial networks.”