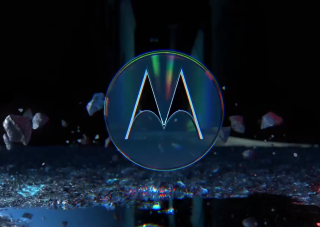 There once was a time when Motorola was a leading name when it came to mobile phones. The company innovated in the '90s with the MicroTAC and StarTAC, before releasing the popular Razr feature phone in the mid-2000s. In the early smartphone era, Motorola made the Windows-based Motorola Q, and was later the manufacturer for the Droid, released in 2009, which was the first major Android challenger to the iPhone.

Eventually, though, Motorola's Android smartphones began to fall out of favor, as the iPhone and BlackBerry gained popularity and the Android category came to dominated by the likes of Samsung and LG. Eventually, Motorola's mobile phone business was part of the entity that was sold off and renamed Motorola Mobility. Google bought the division in 2012 - mostly, it was reported at the time, to get its hands on patents — and sold it to Lenovo in 2014.

Under Lenovo, the company's smartphones have mostly been mid-range or lower, and given names that start with "Moto." They've also occasionally brought back old names, for such models as the Moto Z Force Droid, and a new smartphone version of the Razr, which resembles the original but is a foldable smartphone. The 2020 Razr arrived in February to largely negative reviews. "Folding flip phone flops," The Verge said.

Now, Motorola is getting ready to launch a new flagship, likely its biggest smartphone launch in years. The brand's U.S. Twitter account on Monday posted a five-second video that appeared to show a curved screen, before inviting followers to a "Motorola Flagship Launch E-vent," on April 22.

The Verge, which has a leaked picture of the device, says that the new phone is called the Edge, and is the smartphone that Motorola was planning to introduce back in February at the Mobile World Congress in Barcelona, which was called off due to coronavirus. Like many newer devices, the Edge will feature a hole-punch front-facing camera, along with two others. The phone indeed has a curved screen.

9 to 5 Google has more information. The new flagship will feature a flagship powered by a Snapdragon 865 processor, and a lower-end model with a Snapdragon 765.

Tom's Guide, based on the leaked image, last month called the new Motorola flagship "a potential rival to the Samsung Galaxy S20 — at least in the looks department.”

Pricing for the devices is unclear from the reports.