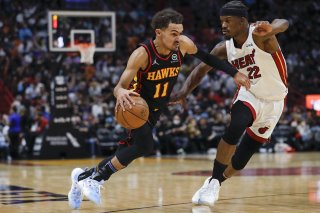 Sinclair Broadcast Group announced on January 13 that it has reached a deal with sixteen NBA teams to launch a streaming service that will allow users without cable to stream their games. It’s a major development for cord-cutters who love sports.

Sports Business Journal reported that the service will cost somewhere north of $20. The deal, which follows one with the NHL last year, will allow cord-cutters to subscribe and watch games that are on the Bally’s Sports family of networks.

The New York Post also reported last week that Apple is in serious talks to begin streaming a package of weeknight Major League Baseball games. Apple has previously been mentioned as a contender for the digital component of the NFL’s Sunday Ticket package, but had not previously bid on any live sports rights. The most popular show on Apple TV+ since its 2019 launch, Ted Lasso, is sports-oriented.

“With Apple choosing not to buy a movie studio (MGM, Lionsgate, A24, Hello Sunshine) it is clear that Cook & Co. are heading down a different path of content growth with live sports programming a key potential piece of its future success,” Ives wrote, while estimating that Apple currently has about 20 million paid subscribers to Apple TV+.

“We believe Apple now recognizes that over [the] coming years live sports will be a key linchpin to its streaming success along with original content as competition builds for live sports packages,” Ives continued, adding that Apple is likely prepared to spend “billions” on sports content.

Meanwhile, a report last week stated that Netflix has made a foray into sports with documentary series. Netflix still has not emerged as a bidder for live sports rights.

Netflix has already found success in Formula 1: Drive to Survive, a documentary series about the European auto racing circuit, with similar shows planned for golf and tennis. An article from Dylan Byers of media site Puck.news asked “Is Netflix Eating ESPN’s Lunch?” ESPN continues to carry a wide array of live sports programming, but has been airing fewer 30 for 30 documentaries in recent years. Netflix hasn’t challenged ESPN’s live sports programming but has become a competitor for documentaries.

Netflix last week announced a price hike on all plans in the U.S.