Is Netflix About to Do Something about Password-Sharing? 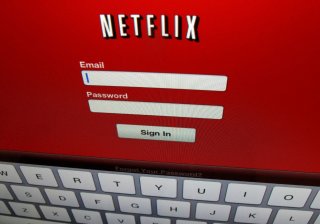 There was a lengthy period of time when Netflix was open about not really caring whether its subscribers shared their passwords. Most of the motion picture industry is pretty fanatical about stopping piracy, but Netflix’s tendency to go against the grain extended to not fighting too hard against password sharing.

CEO Reed Hastings said in a Consumer Electronics Show (CES) speech in 2016 that  “we love people sharing Netflix,” and that “that’s a positive thing, not a negative thing,” as CNET reported at the time. Early in Netflix’s rise, it became something of a cliche for people to use passwords belonging to their parents, siblings, or long-ago ex-girlfriends.

However, there have been indications for a while that Netflix has been backing off a bit from that stance, especially as so many other streaming services have risen to take them on. Netflix signed up for the Alliance for Creativity and Entertainment (ACE), when it launched in 2017, and chief product officer Greg Peters said in 2019 that “we are looking at consumer-friendly ways to push back at the edges of password-sharing.”

Throughout the years, there have been some rumblings that Netflix is planning to take even more aggressive action against password-sharing. According to The Streamable, some Netflix users saw a warning screen in March 2021 stating “Start your own Netflix for free today—If you don’t live with the owner of this account, you need your own account to keep watching.”

Netflix confirmed at the time that this was a test, which the company described as “designed to help ensure that people using Netflix accounts are authorized to do so.”

Now, BGR.com has seen indications that Netflix is planning further action in 2022.

Netflix recently launched a similar test in Italy, but this one includes threats of bans or fines, the site said. BGR also speculated that the warnings are more of a deterrent than an outright ban, or perhaps exist as more of a nudge to get people to sign up for their own accounts. After all, a full-on ban of password-sharing would likely lead to an anti-Netflix backlash, especially if similar steps weren’t taken by Netflix’s many streaming rivals.

Netflix had a pretty big year, content-wise, in 2021. Its shows tended to dominate the weekly streaming ratings throughout the year, especially the megahit Squid Game. The streamer has at least two movies, The Power of the Dog and Don’t Look Up, which are strong contenders for Oscars. The company, while not showing the tremendous growth it did during the quarantine period in 2020, has nevertheless continued to be profitable.

It just might soon get a little bit harder to watch the streamer on someone else’s account.