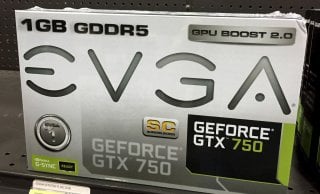 Forbes reported earlier this week that some gamers who have purchased Nvidia’s much-hyped new RTX 30 graphics cards are having trouble getting them to work with certain LG OLED TVs from 2019 and 2020.

The problems, per the report, affect LG 9 and X series OLED TVs, and have included both a black screen when “attempting to apply Nvidia’s G-Sync variable refresh rate technology at 120Hz frame rates,” and TVs “reducing signals output in RGB/120Hz/4:4:4 to 4:2:2 chroma subsampling.” The latter problem appears to only affect the X series TVs.

In a statement to Forbes, LG vowed to fix the problem, with an upcoming firmware update.

“LG has been made aware that some LG OLED TVs are experiencing certain compatibility issues with the recently launched Nvidia RTX 30 Series graphics card,” the statement issued to the site said.

“An updated firmware has been in development with plans for a roll out within the next few weeks to LG’s 2020 and 2019 HDMI 2.1 capable TVs, which should address these incompatibility issues. When ready, additional information will be available on the LG website and in the software update section of owners’ LG TVs. We apologise for the inconvenience to our loyal customers and thank them for their support as we continue to push the boundaries of gaming technology and innovation.”

Meanwhile, the tech press also reported this week on a completely separate problem related to the new Nvidia graphics cards. Gizmodo reported that scalpers have been buying up the cards, including with the aid of bots. Not only that, but the site found a forum where a user claimed to have written a bot to inflate prices.

Nvidia then published a blog post looking at what happened with the RTX 3080 launch.

“Last week’s GeForce RTX 3080 launch was simultaneously the best GPU launch ever and the most frustrating,” the post said, adding that while the reception to the product itself has been positive, and adding that the product is in “full production.”

The company also said it has attempted to solve the bot problem by moving the NVIDIA Store to “a dedicated environment,” with additional bot protection, while CAPTCHA has been added to checkout flow. They also said they had canceled orders that appeared to have originated with bots.

The page did not address the LG issue, however.

Meanwhile, Techradar speculated earlier this month that the Nvidia RTX 3080 may be used heavily by crypto miners, which could compromise the cards’ availability for gamers. It’s not clear, however, if that’s what happened with the shortages that took place during the product’s launch.