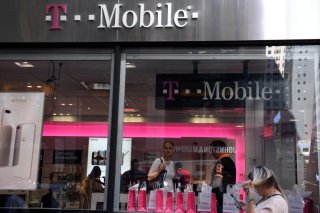 Ookla has released its latest Speedtest Global Index Market Analyses, a ranking of the speeds of the fastest broadband and mobile providers in various countries.

Ookla named Verizon the fastest fixed broadband provider in the United States. Verizon had a score of 201.10, which is substantially faster than its 178.38 score from the quarter before, according to the report.

As for mobile providers, T-Mobile was the clear winner. The report found that T-Mobile was “once again the fastest and most consistent mobile operator in the U.S. during Q4 2021.” With a download speed of 90.65 Mbps and a consistency score of 87.3 percent, T-Mobile has made noticeable improvements since the previous quarter.

According to Digital Trends’ analysis of Ookla’s data, AT&T came in second and Verizon came in third in the rankings for median download speeds.

T-Mobile’s speed of 187.12 Mbps was also on top in the 5G rankings. The carrier also had the highest 5G availability and 5G consistency scores of any carrier.

Digital Trends reported that Ookla had T-Mobile way ahead of Verizon and AT&T in the rankings of 5G speeds.

Speaking of 5G, Verizon and AT&T announced earlier this week that they are delaying the rollout of 5G around airports. The delay comes after airlines warned of disruptions to the country’s aviation system, per ABC News.

"We have voluntarily decided to limit our 5G network around airports,” Verizon said. “The Federal Aviation Administration (FAA) and our nation's airlines have not been able to fully resolve navigating 5G around airports, despite it being safe and fully operational in more than 40 other countries.”