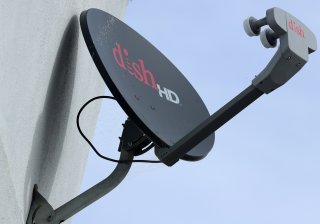 In the second major satellite TV channel blackout of the week, Dish Network has reached an impasse with Nexstar Media Group, the owner of 164 local TV stations in more than 100 markets, which are now unavailable to Dish subscribers.

The blackout, which went into effect Wednesday, follows the similar dispute between DirecTV and Tegna, which began their own blackout earlier in the week. However, the Dish/Nexstar dispute affects more channels, and is in fact the largest blackout of its kind in history.

Nexstar owns stations all over the country, including WPHL in Philadelphia, KTLA in Los Angeles, WGN in Chicago, WDAF in Kansas City, KRON in San Francisco, KOIN and KRCW in Portland, WJW in Cleveland, KLAS in Las Vegas, KPLR and KTVI in St. Louis, WDCW in Washington, WFLA in Tampa, and more than 100 other stations.

Also pulled from Dish was WGN America, also owned by Nexstar, although the channel was recently added to the offerings on YouTube TV.

In rival statements, the two sides blamed each other for the impasse.

“DISH is refusing to reach a new distribution agreement allowing the satellite television behemoth the right to continue airing Nexstar’s highly-rated programming,” Nexstar said in a statement Wednesday, following the pulling of the stations.

“Viewers across the United States have expressed their outrage at DISH Network for its documented long-term practice of putting its paying subscribers in the middle, rather than reaching agreements with broadcasters and content providers at fair market rates.”

“We made a fair offer to keep Nexstar stations available to our customers, but Nexstar rejected it,” Brian Neylon, Group President of DISH TV, added. “Earlier today, we offered to extend the current contract and hold subscribers harmless while negotiations continue—once at 11:53am MST and again at 3:11pm MST—but Nexstar never responded. We don’t understand why Nexstar insists on prioritizing greed above American viewers, many of whom rely on local programming for their news and entertainment, especially during this global pandemic.”

It’s unclear how long the dispute will last. However, if DirecTV and Dish Network were planning to help matters by merging, reports earlier this year indicated that the government would likely take a dim view of any attempt to do so.