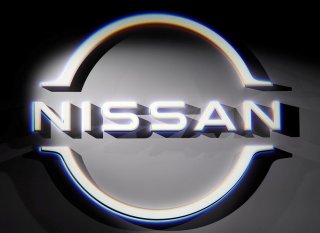 For several years, the Apple car story was that Apple was supposedly working on a car, as a top-secret project, but that the company had confirmed very little about it. Occasionally, information would be reported, often sourced to off-hand comments by Apple executives, or clues gleaned from LinkedIn updates or job postings.

In the last few months, however, most stories involving the Apple Car have entailed reports about specific car companies that may or may not be in business with Apple on the project. For several weeks, there were reports that Hyundai and Kia were in talks with Apple, or even that a deal was close to making the cars in the United States. But now, another car company has surfaced as a potential partner—and has already denied their participation in talks.

Reuters reported Monday that Nissan Motor Co. is “not in talks with Apple,” after the Financial Times had reported that “brief discussions that faltered over Nissan’s reluctance to become an assembler for Apple-branded cars.”

“We are not in talks with Apple,” a Nissan spokeswoman said. “However, Nissan is always open to exploring collaborations and partnerships to accelerate industry transformation.”

“We can do [a] partnership, but that is to adapt their services to our product, not vice versa,” Ashwani Gupta, Nissan’s chief operating officer, was quoted as saying in the Financial Times story.

The Financial Times story also said that some companies that could potentially do business with Apple on the car are fearful of becoming “the Foxconn of the auto industry,” in reference to the company that partners with Apple on iPhones and other products.

CNBC had reported the first week of January that Apple was “close to finalizing a deal with Hyundai-Kia to manufacture an Apple-branded autonomous electric vehicle,” one that would entail the companies teaming up to make cars at the Kia plant in West Point, Georgia, with the first cars arriving on the market in 2024. That report said that the original cars would be “focused on the last mile,” and would mostly be used for robo taxis and delivery cars.

However, about a week later, further reports stated that the talks were now off, with the car companies telling Bloomberg News that the talks had “paused,” weeks earlier. That report caused shares of Hyundai and Kia two stumble early last week.