No iPhone for You: Smartphones Still Too Expensive for Billions of People Worldwide 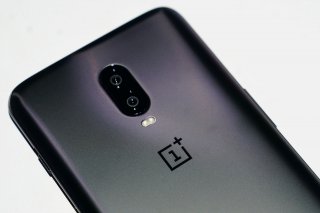 Amid the ongoing global coronavirus pandemic, high-tech devices like smartphones are increasingly seen more as a necessity than a luxury.

Yet, for billions of people around the world, having the financial resources to purchase a smartphone is still well out of reach, according to new research from the Alliance for Affordable Internet and the Web Foundation.

“COVID-19 has shown that to be without internet access can mean missing out on critical health advice, losing your livelihood and being cut off from your loved ones when physical distancing becomes the norm,” Teddy Woodhouse, the Web Foundation’s research director, said in a statement.

“The internet is a lifeline, and we need to do everything possible to remove the barriers that stand in the way of people getting online.”

In examining seventy low and middle-income countries, an estimated 2.5 billion people reside in areas where a smartphone costs a quarter or more of their monthly income.

In some nations, it’s even more expensive.

For example, in Sierra Leone, the average individual must pay more than six months of income in order to afford a smartphone—which amounts to $256.

In India, where roughly 20% of the world’s population lives, the cheapest smartphone offered by the country’s leading carrier Jio still has a price tag of $346—more than double the average monthly salary.

A smartphone only costs $56 in Burundi, but for most citizens there, such a purchase represents 221% of their monthly income.

There is also a wide disparity among people living in different continents. In Africa, smartphones were the least affordable at 62.8% of average monthly income, compared to 11.7% in the Americas and 16.2% in the Asia-Pacific (excluding India).

“The internet is still not affordable for many around the world. This applies to data, which is still too expensive for most people in low-income countries.”

The research also discovered that women are more likely to be priced out of smartphone ownership than men. If a woman is able to purchase a smartphone, more often than not it’s likely to be an older version that has less functionality.

“Those without internet access are disproportionately women, and people on low incomes and in rural areas—groups already likely to be most affected by the impacts of the pandemic,” Woodhouse said.

“In order to avoid a world where digital inequalities drive further inequalities in health, wealth and education, we need action to address barriers to connectivity.”