The Office and Ozark Were Streaming Champions in 2020, Nielsen Says at CES 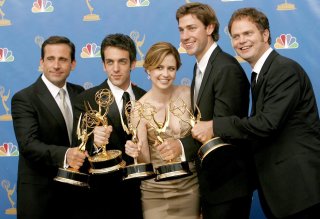 In a briefing at the virtual CES Tuesday, Nielsen provided a report about streaming in 2020, the year the pandemic caused streaming usage to skyrocket. The report, delivered by Nielsen’s senior vice president of product, strategy and thought leadership Brian Fuhrer, both looked at trends in viewership, and the most popular shows overall.

The biggest trends, according to Nielsen, were that overall streaming is growing, both kids movies and episodic releases “will be key considerations,” that there was a “noticeable share shift” during the stay-at-home period, and that “2020 was as tumultuous in streaming as it was everywhere else.”

Nielsen this year began releasing weekly charts of the most popular streaming shows, which was dominated most weeks by Netflix, although not all streaming services have been part of the chart all along. Now, Nielsen has released a similar chart for the whole year.

The list of the most streaming original shows was dominated by Netflix, with that streamer taking nine of the spots in the top ten. Ozark was number one, with 30.5 billion minutes streamed, followed by Lucifer, The Crown, and Tiger King. Disney+’s The Mandalorian came in fifth, as the only non-Netflix title in the top ten.

Nielsen also measured the most popular streaming movies in 2020, and the news was much better for Disney+. Of the top ten, seven of the top movies were on Disney+, and nearly all had some appeal to kids or families. The top streaming movie, with 14.9 billion minutes streamed, was Frozen II, with the second-most popular another Disney title, Moana. Secret Life of Pets 2, which streams on Netflix, was third, followed by the 2020 Disney/Pixar movie Onward. Hamilton, also on Disney+, ranked sixth.

Of “acquired” shows, meaning series that originally aired elsewhere, Netflix had all ten spots once again, with The Office number one, followed by Grey’s Anatomy, Criminal Minds, NCIS, and Schitt’s Creek.

Ahead of its jump from Netflix to Peacock at the start of the year, The Office remained massively popular, even years after it ended its original network run. Americans, Nielsen said, streamed over 108,000 years of the show, cumulatively, over the course of 2020, while the episode Dunder Mifflin Infinity was the most streamed episode.

In the presentation, Nielsen’s Fuhrer compared streaming services to a track and field team. Original series are analogous to “the sprinters,” while acquired programming is “the distance runners,” who keep users engaged over time, the interface, distribution and value serving as those who compete in field events.

In the presentation, Nielsen pointed out that the streaming audience has become more fragmented. In December of 2019, Netflix took up 31 percent of the weekly streaming minutes, with YouTube taking 22 percent and Hulu 10 percent. A year later, Netflix was down to 28 percent, YouTube to 21 percent, Hulu up to 12 percent, and Disney+ up to 6 percent.

Fuhrer also showed a chart that of streaming attention, about 55 percent is taking up by subscription video on demand—Netflix, Hulu and other subscription services—while 26 percent is taken up by AVOD (free services like Pluto TV.)