One Week to Launch, HBO Max Has Still Not Agreed With Roku or Amazon 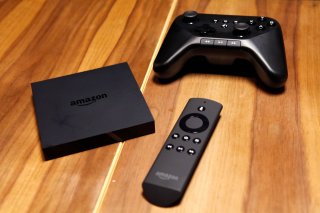 The next major streaming service, HBO Max, is set to launch in nine days, on May 27. The service, owned by AT&T and featuring a wide array of original shows and legacy movies and TV shows, will have a lot going for it at the time of launch. It’s also reached agreements with Apple, Google/YouTube TV and some cable companies, while it will also be available to subscribers of AT&T’s own video services, such as AT&T TV and DirecTV.

But what it won’t have, as of now, is an agreement for its app to appear on Roku or Amazon devices.

According to a report Friday by LightReading.com, AT&T has not reached deals with the two largest streaming video providers, Roku and Amazon. And when AT&T’s incoming CEO, John Stankey, implied at a recent investor conference that HBO Max would be available from every major distributor besides Amazon, Roku went so far as to issue a statement making clear that they’re not carrying HBO Max either.

Whether Roku was bristling at not being considered major or thought that Stankey’s comments brought with them an assumption that Roku would be on board, Roku made clear not long after that it wasn’t the case.

“As the #1 streaming platform in the U.S. with over 40 million active accounts that rely upon Roku to access their favorite programs and to discover new content, we are focused on entering into win-win distribution agreements with all new OTT services as part of their launch strategies,” Roku said in the statement to media outlets, per LightReading.

“While we don’t typically comment on specific deal terms or negotiations, the fact is that in this instance while we believe that HBOMax would benefit greatly from distribution on Roku at launch, we do not currently have an agreement in place.”

The saber-rattling between the companies looks a lot like a negotiation tactic, so it remains possible that Roku could reach an agreement to carry HBO Max prior to launch, or even sometime afterwards.

So how can Roku or Amazon users get HBO Max? They can always subscribe through Apple or Google and watch on their mobile devices or purchase an Apple TV or Google Chromecast and watch it through there. Or they can hope that Roku or Amazon ultimately reaches an agreement with AT&T to carry HBO Max.