'Password-Mooching': Why Netflix, Disney+, Hulu and Other Streaming Services are Worried 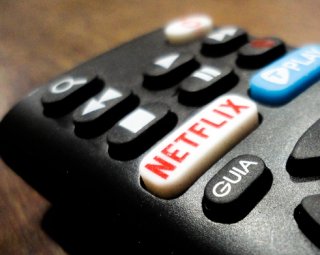 With the quarantines in effect, streaming is a bigger part of most of our lives than ever before. An outfit called CordCutting.com has done a survey to see who's streaming what- and who's using other people's accounts to do it.

The second annual Subscription Mooching & Streaming Media survey found that the number of adults who are "streaming-exclusive" has jumped to over one-third, and perhaps unsurprisingly, younger generations are much more likely to stream exclusively than older ones. Meanwhile, Netflix is the most-watched of the four major services, with 90 percent of those surveying using it, compared with Amazon Prime (73.6 percent), Hulu (56.2 percent), and Disney+ (45.2 percent.)

The survey also found that just over half of the Netflix users surveyed-51.8 percent-pay for the service themselves, a number that's much higher (69.1 percent and 62.6) for Amazon Prime and Hulu, respectively. The youngest of those surveyed, Generation Z, are most likely — at 72.5 percent — to use another subscriber's Netflix account, compared with around one-third of all other generations.

Of Netflix subscribers who "mooch," 36.3 percent of those asked say they use the account of a parent, while 22.9 percent list a "partner." The survey says 6.7 percent use their child's account.

CordCutting.com's survey estimates that 44 million Americans "borrow" streaming accounts, with 27.4 million of them Netflix users. The survey also asked users who borrow if they would purchase their own account if "access was revoked," and 47 percent of Netflix borrowers said they would.

"As people continue sheltering in place and abiding by guidance to limit contact with people outside their household, it’s tough to imagine the PR fallout that would result if any of the streaming companies decided to bring the hammer down on subscription sharing, though only time will tell if they remain generous," the survey says.

For many years, Netflix took something of a laissez-faire attitude towards password sharing, although there are indications the company has begun to reverse that stance more recently. The Hollywood Reporter last November reported that Netflix and Amazon had joined with the major Hollywood studios in an effort called the Alliance for Creativity and Entertainment, which has mentioned “improper password sharing” as a top concern.

CordCutting’s survey was of 1,000 adults. It then extrapolated its numbers to the 90 percent of American adults that the Pew Research Center says to use the Internet.