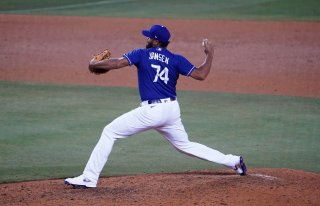 As Major League Baseball gears up for Opening Day later this week, big tech companies like Apple, Google and Sony are lending a hand so that the coronavirus-hit shortened season runs smoothly.

MLB has already provided a preview of how games will look and sound amid the coronavirus pandemic—now featuring artificial crowd noise and an upgraded replay system for fans watching from home.

As part of MLB’s safety protocols, traditional video stations shared throughout clubhouses will no longer be allowed. Instead, the league will tap into its 2016 partnership with Apple to further expand the dugout iPad program, in which it will allocate 15 iPads to each team for players and staff to examine player performances and scouting reports.

Google will also help out immensely by providing access to Google Cloud to all thirty clubs. This next-generation platform is used to run MLB’s stat-tracking system called Statcast and provide digital infrastructure like team websites and online ticket sales.

To keep fans even more interested in the on-field action, the Google-powered Statcast 3D platform is able to recreate game footage in a variety of virtual perspectives. Graphics and data that closely analyze home run trails and pitching angles will now be available to regional and national broadcast partners.

Japanese tech giant Sony will play a huge role by providing its Hawk-Eye tracking system, which will be part of the twelve 4K cameras that will be stationed in each MLB ballpark. This next-generation tech will be able to boost the tracking of player positioning and movement.

The video upgrades will help get game footage to umpires quicker, as the league looks to reduce time spent reviewing plays that are challenged. For this season, MLB shortened the time a team can decide to dispute a call—from thirty seconds to twenty seconds.

Sony, which renewed its partnership with MLB in December, was also asked to provide artificial crowd noise to teams. Seventy-five samples of crowd sounds were culled from the company’s MLB video game to use in ballparks.

All clubs are required to use some form of artificial audio during the games, as they will be played in empty stadiums. MLB will provide each team with an iPad filled with the samples that will be controlled by an audio technician during games.

MLB has also decided to allow virtual ads for both regional and national broadcasts. Previously, such signage was generally used for only the All-Star Game and during the postseason.