Is Pluto a Planet or a Dwarf Planet? Why This Debate Won't Die. 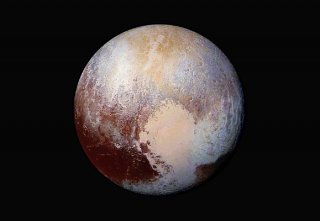 Back when most of us were in elementary school, we were taught that our solar system has nine planets. Then in August 2006, our worlds were turned upside down when astronomy’s official governing body suddenly reversed course and announced that now we only have eight planets.

The casualty? Little Pluto, of course.

The International Astronomical Union’s demotion of Pluto to dwarf planet status was incredibly difficult to swallow for many. For over 75 years, Pluto was viewed as a planet in the scientific community, and even with the governing body’s ruling, some are still standing pat that Pluto deserves full-fledged planet status.

Perhaps it’s best to analyze why Pluto, discovered in 1930 by Clyde Tombaugh, was demoted in the first place. Pluto, a 1,500-mile-wide rocky ball that circles the sun once every 248 years, has an orbit that lies within the Kuiper Belt, a ring of rocky and icy objects beyond Neptune’s orbit. To researchers at IAU, Pluto definitely had more in common with these mostly small, distant worlds than it did with “real” planets like Earth and Jupiter.

In 2006, the Paris-based IAU put forth a new definition of the word “planet.” According to that definition, a planet is a celestial body that orbits the sun, has enough gravitation to assume a roughly spherical shape, and has managed to clear from its orbital path any smaller bits of debris.

Pluto met the first two conditions, but not the third. Therefore, the IAU decided to reclassify Pluto.

After Pluto’s sudden status change, hundreds of astronomers and scientists petitioned to overturn the ruling. They argued, for example, that “real” planets like Earth, Mars, and Jupiter have also failed to clear the debris from their own respective orbits, as there are in fact many asteroids still present in those regions.

Recent data also indicate that Pluto has an atmosphere, mountain ranges, a core, and perhaps an interior ocean. Moreover, Pluto boasts its own moon, the 750-mile-wide Charon.

Critics also pointed out that less than 5 percent of the world’s 10,000 astronomers participated in the vote.

On the other side of the Pluto divide is Mike Brown, an astronomer at the California Institute of Technology. He authored the 2010 book entitled, “How I Killed Pluto and Why It Had It Coming.”

“So, hey, Pluto is still not a planet. Actually, never was. We just misunderstood it for 50 years. Now, we know better. Nostalgia for Pluto is really not a very good planet argument, but that’s basically all there is. Now, let’s get on with reality,” Brown wrote on Twitter in May 2018.

There are indeed plenty of heavy hitters on both sides of the Pluto aisle. The only sure thing is that this debate will continue to rage on.