Policymakers Must Look Beyond China in the ‘Race to 5G’ 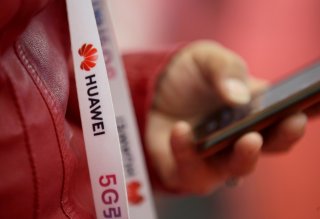 For many these days, America has an obligation to beat China—in everything. That, of course, doesn’t exclude the “race to 5G,” given the dire warnings that China, in particular, is racing ahead of America and Europe on a number of fronts. Certainly, there’s reason to worry. The global risks are real, as are the security and economic concerns should America fall behind on 5G development.

But critical as these issues are, what if focusing on the global ramifications of the technology misses the internal divisions in the United States threatening the work being done to advance 5G’s growth? These divisions, often between federal, state, and local public officials, threaten to negate the economic and quality of life benefits this technology can bring to all Americans.

Right now, the tensions between federal, state, and local authorities over 5G advancement are still high. At the federal level, the Federal Communications Commission has stepped in to limit local government initiatives that would curtail cell tower upgrades by telecommunications firms. This move is an expansion of a 2018 rule that limits fees and expedites approval times for municipal 5G infrastructure.

Meanwhile, the Trump administration is taking action related to spectrum capacity, with a policy announced in August that’ll expand the amount of mid-band spectrum available in the country.

On the workforce development front, the FCC is also working through its Broadband Deployment Advisory Committee to provide recommendations on expanding the 5G workforce. Such initiatives are necessary, as deploying 5G could create up to three million jobs in the coming decade, which does not account for the spillover economic benefits of the technology once it is in place.

But federal action alone isn’t enough. To date, twenty states have enacted policies working to streamline the construction and installation process for 5G cell sites, including language reflecting FCC guidance around installation fees and application review time limits. However, recent legal battles between federal, state, and local authorities regarding 5G could be replicated in the future, potentially stalling deployment. As state and local governments reel from the budgetary crisis from the coronavirus, these entities are sure to be looking for every possible revenue stream, with 5G installation projects as a prime target.

A new report, commissioned by CTIA and conducted by the Boston Consulting Group, offers a more holistic recipe for 5G success, seeking to thread the needle between these competing interests. The report outlines that this technological innovation will “enable economic growth, create jobs, and drive innovation” along multiple fronts. This gets at the heart of what should be the focus of 5G—its faster, more reliable connectivity could unleash new opportunities for innovation and bring about a true realization of the information of things (IoT) economy, unlocking unknown economic and societal possibilities. In short, the document spells out how the “race to 5G” should not solely focus on the number of users and infrastructure put in place in comparison with other countries, but rather how the United States can measure improvements in the quality of life brought about by its adoption. This framework could be key to resolving the domestic infighting that could hinder America’s adoption of 5G.

CTIA’s study goes further than critiquing the “race to 5G” framework. It provides five areas for policymakers to focus on that would make possible those improvements: Networks, spectrum availability, innovation ecosystem, business climate, and talent. As stated in the report, the United States has current strengths in its business climate and innovation ecosystem, which is reflected in the advancements made through leading the world in 4G adoption and implementation. Critically, the document outlines that policies are now needed in the areas of expanding spectrum space, removing regulatory burdens for infrastructure, and building up the labor force needed to install and maintain 5G technology. Given the broad range of industries these advances will impact, including transportation, healthcare, manufacturing, and education, the effects of 5G on the labor force, in particular, could be substantial.

Given the numerous benefits this technology could provide state and local governments, including enhanced service offerings and public safety initiatives, it’s critical that all levels of government work cohesively to create this emerging network. Maintaining a unified national framework that balances the legal intricacies of America’s federal system is vital if the country is to fully benefit from the advancements promised through this innovation. This framework should go beyond infrastructure investments and highlight how the United States is building the talent and intellectual capital necessary to take advantage of this technology.

5G is a critical issue for the United States, and there are very real economic and national security concerns involved. However, let’s make sure the country is also focused on investing and removing barriers to bring about the benefits of this technology throughout the country. As the CTIA’s report put it, “the real measure of 5G’s success will be the growth in U.S. economic output it generates and the jobs it helps create.” Rather than focusing on China or treating 5G as mere “marketing noise,” officials need to ensure that federal, state, and local policies are focused on bringing tangible benefits to all Americans, enabling the country’s innovators and entrepreneurs to unleash the full potential of 5G.