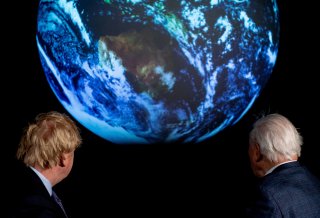 More than two thousand nearby star systems could pinpoint our planet Earth by watching it cross our sun, according to scientists at Cornell and the American Museum of Natural History.

“From the exoplanets’ point-of-view, we are the aliens,” Lisa Kaltenegger, professor of astronomy and director of Cornell’s Carl Sagan Institute, in the College of Arts and Sciences, said in a statement.

“We wanted to know which stars have the right vantage point to see Earth, as it blocks the sun’s light. And because stars move in our dynamic cosmos, this vantage point is gained and lost,” she added.

Kaltenegger and astrophysicist Jackie Faherty, a senior scientist at the American Museum of Natural History, were able to analyze positions and motions from the European Space Agency’s Gaia eDR3 catalog. This data eventually identified which stars enter and exit the transit zone of Earth.

“Gaia has provided us with a precise map of the Milky Way galaxy, allowing us to look backward and forward in time, and to see where stars had been located and where they are going,” Faherty said in a statement.

“Our solar neighborhood is a dynamic place where stars enter and exit that perfect vantage point to see Earth transit the sun at a rapid pace,” she added.

The Trappist-1 system, which is about forty-five light-years from Earth, is known to possess seven Earth-size planets. They will enter the Earth Transit Zone in about one thousand six hundred years.

“Our analysis shows that even the closest stars generally spend more than one thousand years at a vantage point where they can see Earth transit,” Kaltenegger said.

“If we assume the reverse to be true, that provides a healthy timeline for nominal civilizations to identify Earth as an interesting planet,” she added.

According to a study conducted by scientists from the University of Nottingham, there are potentially dozens of alien civilizations lurking not too far from Earth, and some may even be advanced enough to communicate with us. To be more specific, they suggested that there could be as few as thirty-six alien societies.

“There should be at least a few dozen active civilizations in our galaxy under the assumption that it takes five billion years for intelligent life to form on other planets, as on Earth,” lead researcher Christopher Conselice said in a statement.

“The idea is looking at evolution, but on a cosmic scale,” he added.