Quantum Internet: Could It Change Everything? 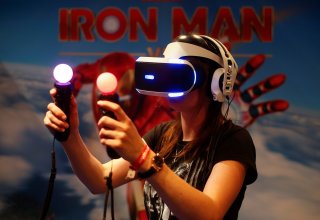 The Trump administration’s 2021 budget request has proposed cutting the overall funding for scientific research by nearly 10 percent, but boosts money by 20 percent for quantum information science.

All told, it’s indeed a sizeable bet at $237 million. Of that amount, the Department of Energy has earmarked $25 million to rapidly accelerate the development of quantum internet.

Why spend so much on this infrastructure? Scientifically speaking, this type of network would take advantage of the peculiar behavior of nature’s particles to manipulate and share information in entirely new ways. The ramifications of this technology could reshape important fields like cybersecurity.

The internet that we all use today uses bits to send information between smartphones, tablets, laptops and others. A quantum internet, however, would transmit a fundamentally different information unit, which is known as the quantum bit, or qubit.

A bit, consisting of either 0 or 1, is the smallest unit of information that can be stored or manipulated on a classic computer. Qubits, though, embody a different language entirely, one that is based on the behavior of atoms, electrons and other smaller particles. The laws of quantum mechanics essentially govern their bizarre actions.

Classical computing is much more straightforward. Something is either up or down, or is a 0 or a 1. But in the quantum world, for example, an electron’s direction is unknowable until measured. There’s only a probable likelihood that a particle will be located in a certain spot.

There’s also quantum entanglement, which Albert Einstein famously described as “spooky action at a distance.” No matter the distance (could be thousands of light-years) between any two entangled particles, they will always share a condition or state – for example, if one turns left, the other will always instantaneously turn right.

Many other countries are also pursuing research programs that deal with quantum research, and with a delayed start into this venture, the U.S. could be seen as running in the second tier.

For example, China has already completed a 1,200-mile link between Beijing and Shanghai, where financial institutions and other companies are enjoying nearly perfectly secure encryption. Next up is the arduous task of expanding quantum networks that span the entire country. The timeline for such a venture would likely take decades.

This quantum internet technology is indeed still in the early innings, and who will eventually dominate this field in the future is still unknown.