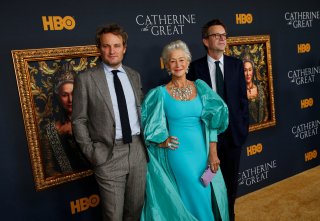 We all know that cord-cutting, or getting rid of traditional pay-TV, has picked up over the last several years. A new study released this week shows just how much cord-cutting there has been.

A Variety report states that according to the “U.S. MVPD Quarterly Residential Subscriber Figures,” subscribers to traditional pay-TV are now 25 percent lower than they were in 1996.

“The line has been crossed. While the inexorable decline of U.S. pay TV has continued every quarter since 2016, the most recent results — as of June 30, 2021 — mark a watershed moment,” according to Variety.

AT&T, the former owner of DirecTV, lost the most subscriptions over the five-year period, dropping ten million, while Dish Network dropped 4.3 million. Comcast led the cable companies with 3.2 million losses, although it remains the largest cable company in the country. Charter lost 1.7 million between 2016 and 2021, while Verizon dropped 1.5 million.

Variety did note that the pay TV companies have stopped some of the bleeding by adding broadband subscribers.

“It’s not all doom and gloom for MVPD providers, as the majority of them are also broadband Internet providers. Even if you cut the cord, you will still need the Internet to watch the alternative video services with which you’re replacing cable,” according to Variety. “Across the five providers that offer both, broadband subscriptions outstrip cable service, with Comcast and Charter seeing over 10 million more Internet subscribers than video.”

At the same time, vMVPDs have gained subscribers, from about 1.3 million in 2016 to 11.7 million in the second quarter of this year.

“Virtual MVPDs such as YouTube TV were not the magic solution the industry hoped they would be, but they have stanched the bleeding,” Variety said of the numbers. “The total number of combined MVPD and VMVPD subscribers as of June 30 was 75.4 million, a decline of 3.4 million subscribers (or -4.3%) from the same period last year.”

The report showed the Hulu + Live TV has continued to lose subscribers the last three quarters, which was attributed mostly to its price hike in 2020. It remains, however, the vMVPD service with the most subscribers with 3.7 million, although Variety noted that its figure for YouTube TV (3.4 million) is only an estimate and not an officially released number. Sling TV has 2.4 million subscribers, with the rest of the vMVPDs all with less than 1 million.