QVC and HSN: Will They Survive COVID-19? 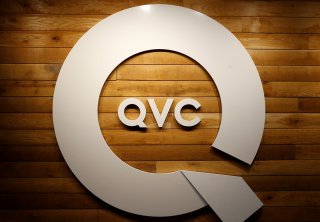 Earlier this year, prior to the start of the pandemic, we looked at how much long-term viability the home shopping sector, including QVC and Home Shopping Network, might have, especially after a weak first quarter for Qurate Retail, Inc., the parent company of both channels, as well as other retail brands.

And then came the pandemic, which was bad news for brick-and-mortar retail, but mostly redounded to the benefit of those in the e-commerce business. And that included the home shopping channels.

A report in mid-May stated that viewership of QVC and HSN jumped 10 percent between March and May, while in the second quarter, the division composed of QVC and HSN pulled in $1.792 billion in revenue, which was the majority of the company’s overall revenue in that quarter.

And in the third quarter, those numbers were even better.

Qurate Retail, Inc. announced, in early November, that its revenue jumped 10 percent to $3.4 billion, and more than half of that came from QxH, the division that consists of QVC and HSN. That division announced third quarter revenue of $2 billion, a 7 percent jump from the year before and a number that was more than half of Qurate’s total revenue. That 7 percent jump managed that of the second quarter, while the division posted a 4 percent drop in the first quarter.

The division also posted increases in the Home and Accessories categories, while the Apparel, Beauty, Electronics and Jewelry categories decreased, per a char released in the earnings report.

The QVC International division, meanwhile, posted an 11 percent jump to $723 million, in the third quarter.

“We believe our strategic priorities and continued investments in innovation position us well to sustain our momentum in the long term,” George added. “Qurate Retail offers a unique blend of media assets, particularly our leadership in livestreaming, and retail core competencies centered on curating appealing merchandise and building loyal customer relationships through highly engaging content. This combination provides a valuable competitive advantage in the evolving retail marketplace.”

The company announced, also in November, that George has extended his contract through the end of 2021, at which point he plans to retire. And at the end of November, per The Motley Fool, the company’s stock spiked after it announced a special dividend.