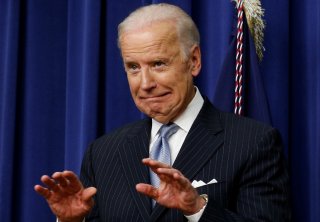 Early on Tuesday morning, a long list of major websites, including those of the New York Times and the British government, went offline, although service was restored within hours.

What was it that caused this outage?

According to the Associated Press, it was caused by an outage at Fastly, a cloud service used by a large chunk of the Internet’s infrastructure.

“Fastly has observed recovery of all services and has resolved this incident. Customers could continue to experience a period of increased origin load and lower Cache Hit Ratio (CHR),” the company said Tuesday morning on its status website, in reference to the “Global CDN Disruption”

The impact of the outage was felt around the world, although it was resolved relatively quickly.

CNET reported that the outage began at 2:58 a.m. Pacific time, with Fastly announcing at that time that "we're currently investigating potential impact to performance with our CDN [content delivery network] services." Soon after, the outages began at major websites around the world.

About an hour later, Fastly announced that “we identified a service configuration that triggered disruptions across our POPs globally and have disabled that configuration. Our global network is coming back online.”

What is Fastly, exactly?

“Fastly helps improve load times for websites and provides other services to internet sites, apps and platforms — including a large global server network designed to smooth out traffic overloads that can bring down websites, such as a denial-of-service attack,” CNN said. "But because Fastly provides a layer of support between internet companies and customers trying to access news sites, social media and other online platforms, when it goes down, access to those services can be blocked entirely.”

“Due to the way Fastly sits between the back-end web servers and the front-facing internet as we see it, any errors on its part can cause whole websites to be unavailable. Due to the localized nature of the edge cloud platform, it also means that errors don't affect all regions in the same way at the same time,” CNET — which itself went offline — said of the service.

Per Reuters, Fastly, a company based in San Francisco, was founded in 2011, went public in 2019 and has a market cap of around $5 billion. The service, the report said, “helps websites move content using less-congested routes, enabling them to reach consumers faster.” Its “edge cloud platform” has been around since 2017.