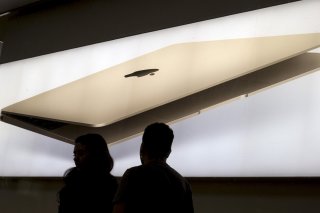 Apple has long been expected to unveil four iPhones this fall, which will mark the company’s first devices with 5G capability. A new news report confirms that, as well as some other new devices that are set to arrive in the coming months.

According to a report Tuesday by Bloomberg, Apple has ordered seventy-five million iPhones for this year’s launch, which is about in line with last year’s number. And in addition to those four models—with “fifth-generation wireless speeds, a different design and a wider choice of screen sizes”—Apple plans to unveil several other, non-iPhone products for the end of this year.

These include a new iPad Air, which will feature a bezel-less “end-to-end screen,” as well as two new versions of the Apple Watch. Also on the way are a new, smaller HomePod speaker and new over-ear headphones. Apple has owned Beats for several years, but the new headphones will not be Beats-branded, Bloomberg said.

The Bloomberg report also said, of the iPhones, that they will come in two “basic” and two “high-end” models, with the former available in 5.4-inch and 6.1-inch screen sizes and the latter coming in 6.1 and 6.7 inches. All four, though, will have 5G capability and OLED screens. All will have updated designs, the report continued, with “squared edges.” Also, in a first for the iPhone, it will be available in a dark blue color.

The new iOS 14 software, which was unveiled at Apple’s “virtual” World Wide Developers Conference back in June, will arrive in September.

As for the Apple Watches, the report said the new Apple Watch Series 6 will be unveiled along with a new, lower-end model, which will compete with the Fitbit and other lower-cost wearable devices.

Apple has not announced when it will be holding a fall event to announce the new products, and there has been some speculation that the announcements will be spread across two different events.

Following months of speculation that the coronavirus and its effect on the global supply chain would result in a delay, Apple confirmed on its July 31 earnings call

that the new devices will arrive “a few weeks” after their usual release date in September. The company announced another blockbuster quarter, as demand has kept up for the company’s major devices even amid global economic uncertainty. Bloomberg said that Apple plans to ship the lower-end phones sooner than the high-end ones.

Apple reached a $2 trillion valuation in August, becoming the first American public company to do so, just three years after the company hit the $1 trillion mark. Meanwhile, Apple has been engaged in a major public feud in recent weeks with Epic Games, the making of “Fortnite.”