Report: Netflix and Other Streaming Services Lead in Engagement 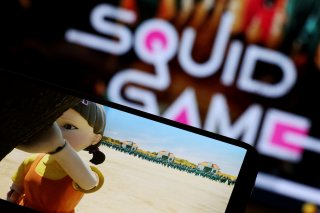 Netflix has had the most engagement of any streaming service or network since the start of September. In fact, Squid Game has had more engagement than every other network or service, according to Cord Cutters News, which cited data from research firm Diesel Labs.

Netflix was at the top of the list for engagement, followed by CBS, NBC, Disney+, and ABC, per Diesel Labs. Coming next were HBO Max, Apple TV+, Hulu, Fox, and Amazon, with the CW, Paramount+, Peacock, and Discovery+ at the bottom of the list.

The research firm listed the top bit of programming on each network or service. Squid Game, of course, came in first for Netflix while Ted Lasso was for Apple TV+. The top Disney+ show was What If, while Hulu’s was Only Murders in the Building.

Diesel Labs’ list does not include sports and specials.

“In another signal of streaming’s dominance when it comes to television content, new data from Diesel Labs shows that audiences are far more engaged in streaming shows than broadcast shows,” according to Fast Company. “The Diesel Labs Fall 2021 Linear vs. Broadcasting Comparison reveals that streaming content gets almost twice as much audience engagement as broadcast content.”

“For example, Netflix’s hit Squid Game—a show that must be watched with subtitles or dubbed if you don’t speak Korean—outperformed reality show staple Big Brother by a factor of two,” according Diesel Labs. “And keep in mind, Big Brother is a huge hit for CBS when compared to the network’s second-most popular show, Survivor. Big Brother gets 13 times the engagement of Survivor, yet Squid Game got double that of even Big Brother.”

“Running a streaming platform requires a very different approach to catalog curation than most traditional media companies are used to. It’s no longer about needing a new drama to fill a slot on 9pm on Tuesday—the challenge has shifted to architecting a catalog that continually builds audience subscribership and mitigates churn. Below, we dive into the different approaches currently being taken by Netflix, Disney+ and Amazon,” according to Diesel Labs. “While there are a multitude of strategies that can be implemented, Netflix and Disney+ are on opposite ends of the spectrum, with Netflix taking an “every night is premiere night” approach, while Disney+ relies heavily on new titles across its most popular franchises, backed up by its famous vault of content.”

The firm also listed its “post-premiere breakout hits,” which it describes as “titles with minimal pre-launch engagement and at least 100K engagements following the premiere.”

Disney+’s What If was first, followed by HBO and HBO Max’s Mare of Easttown, Netflix’s Young Royals, and the Disney/Fox movie Free Guy.