Report: You Might Be Wasting Your Money on Probiotics for Gut Health 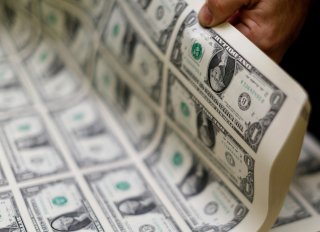 Millions of health-conscious Americans are already sold on probiotics, which can come in pill form and food products like yogurt.

Despite the often-touted health benefits that probiotics seem to provide, a new guideline by the American Gastroenterological Association has warned that there’s not enough scientific evidence to fully recommend using these “good” bacteria and yeasts to treat certain digestive diseases, such as Crohn’s disease, ulcerative colitis and irritable bowel syndrome.

“While our guideline does highlight a few use cases for probiotics, it more importantly underscores that the public’s assumptions about the benefits of probiotics are not well-founded, and there is also a major variation in results based on the formulation of the probiotic product,” guideline panel chair Dr. Grace L. Su, a gastroenterologist at the University of Michigan, said in a news release.

The report estimated that 3.9 million U.S. adults used some form of probiotics or prebiotics in 2015, four times higher than in 2007. Probiotics sales in the U.S. are expected to exceed $6 billion this year.

Probiotics are tiny living organisms, including certain bacteria and yeasts, that are intended to provide digestive health benefits. Although most are sold over the counter, some probiotics are available by prescription in certain countries.

“Probiotics are live microorganisms which when administered in an adequate dose confer a health benefit on the host,” according to the World Health Organization.

In the United States, probiotics that are marketed as dietary supplements do not need preapproval from the Food and Drug Administration. Therefore, companies can’t make broad health claims about their respective products, which can get quite expensive.

“The supplements can be costly and there isn’t enough evidence to prove a benefit or confirm lack of harm. Talk with your doctor,” Dr. Su said.

The news release continued: “Given widespread use and often biased sources of information, it is essential that the public have objective guidance about the appropriate use of and indications for probiotics.”

Probiotics, however, have been found to help some conditions, including preventing Clostridioides difficile infection, a germ that causes diarrhea and inflammation in the colon of individuals taking antibiotics.

Research has also hinted that taking probiotics with antibiotics, depending on the disease being treated, might make one less likely to get diarrhea. And probiotics can help prevent necrotizing enterocolitis, which causes harmful bacteria to invade the intestines of preterm infants.

The report is set to be published in the journal Gastroenterology.