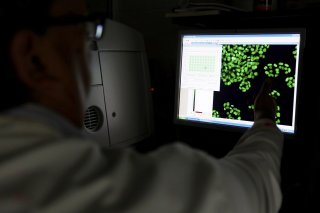 The rate at which people are diagnosed with colorectal cancer in the United States is sinking among people sixty-five and older but climbing among those in younger age groups, according to research from the American Cancer Society.

Colorectal cancer is the third-deadliest cancer among men and women in the United States—after lung and prostate in men and lung and breast in women.

In 2020, 12 percent of colorectal cancer cases are expected to be diagnosed in people under fifty, which come to roughly eighteen thousand cases, according to the health organization.

It has been known since the mid-1980s that these cancer rates have been climbing in adults in their twenties and thirties—and since mid-1990s in individuals in their forties up to age fifty-four.

As for the number of deaths, the researchers are predicting 53,200 people will lose their lives due to colorectal cancer in 2020, with an estimated 7 percent, or 3,640 deaths, in adults younger than age fifty.

In 2017—the most recent data available—52,547 people in the United States died from colorectal cancer, according to the U.S. Centers for Disease Control and Prevention.

The likelihood of surviving colorectal cancer largely depends on when it is diagnosed. If detected early, about 90 percent of people can survive for five years or more. If found at more advanced stages, however, then the five-year survival rate can be as low as 14 percent.

Early diagnosis is “the difference between life and death,” Rebecca Siegel, the scientific director of surveillance research at the American Cancer Society, told the New York Times.

Then there is the troubling fact that younger people are less likely to receive an early diagnosis. According to Siegel, the average time from symptoms to diagnosis for people under fifty is 271 days, compared to twenty-nine days for those fifty and older.

“Both doctors and these young folks are not thinking they have cancer,” she said.

“Part of that is screening, but it’s not all screening. Young patients have symptoms, sometimes for years. For one thing, they’re much less likely to have health insurance than older people, and so they have less money. And they’re thinking, ‘I’m a thirty-year-old, what could be wrong with me—it’s going to go away.’”

The report also discovered “striking disparities” by race and geography. For example, the mortality rates among Alaska Natives are nearly three times higher than whites and about twice that of blacks.

“We could save countless lives by increasing access to screening in rural and other low-income areas, especially in Alaska, and incentivizing primary care clinicians to ensure that all patients forty-five and older are screened, as well as facilitating healthier lifestyles in our communities,” Siegel said in a statement.

There’s been a renewed focus on colorectal cancer after actor Chadwick Boseman recently died from it at age forty-three.