RIP Cable? Over a Million Cut the Cord in the Fourth Quarter of 2020 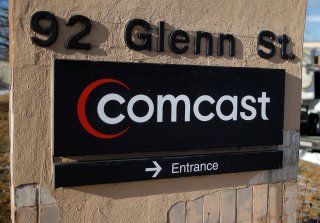 It’s well-known that many people got rid of pay-TV throughout 2020, as the pandemic accelerated trends that had been building up for several years.

A recent analysis by Protocol estimated that the five largest pay-TV providers, Comcast, AT&T, Dish, Charter and Verizon, lost a total of 5.5 million subscribers in 2020, which was actually slightly fewer than they lost in 2019. This was due in part to losses tapering off as the year went on, as well as billing relief efforts introduced in the pandemic by several of the companies.

Now, another report says that the pay-TV companies lost a total of 1.3 million net subscribers in the fourth quarter of 2020.

According to an analyst note by UBS, as cited by FierceVideo, the sector posted a 5.1 percent rate of annual decline in the year’s final quarter.

“We expect trends will continue to soften in 2021 as price increases and industry pivot away from linear TV drives higher churn as pandemic-related tailwinds fade,” UBS analyst John Hodulik wrote in the research note.

UBS said that satellite TV, consisting of DirecTV and Dish, lost 822,000 subscribers in the quarter, making up the majority of the losses. Reports on Tuesday said that AT&T is close to completing a long-rumored sale of a large stake in DirecTV to the private equity firm TPG. The deal will reportedly give DirecTV at $15 billion valuation.

Leichtman Research Group has not yet released its report for the fourth quarter, but it had total pay-TV losses from major providers of over 2 million in the first quarter and 1.57 million in the second, before the losses tapered down to around 120,000 in the third. It’s possible LRG isn’t counting the same companies

“The pace of loss temporarily moderated during the last several quarters with high interest in news related to the virus and the U.S. presidential election, and a search for entertainment programming given cinema closures and limitations on travel and other leisure activities,” Moody’s said in December. “Step up in loss rate is likely to return to pre-pandemic levels or worse as the economy recovers in 2021 with the unrelenting secular decline in the business.”