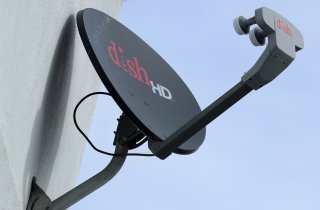 The Slingbox was one of those products that was absolutely revolutionary when it first came along, only to slowly become obsolete over time.

The product was first developed by a pair of brothers from California, Jason and Blake Krikorian, who wanted a way to watch their favorite baseball team while traveling out of town. First arriving on the market in 2005, the Slingbox allowed users to “sling” the programming from their TV to a computer they were using out on the road.

The product adapted seamlessly to the early days of the smartphone era, via the SlingPlayer, and the company was bought by the parent company of Dish Network in 2007. The “Sling” name would be used, by the same company, for its Sling TV product.

Sling’s core functions, however, were slowly subsumed as time went on by other rising technologies, such as streaming services and cloud-based DVRs, and now the Slingbox era is coming to an end.

The company announced Monday that effective Monday, Slingbox’s products are being discontinued and that in two years, every existing Slingbox will stop working, due to a server shutdown.

“Slingbox servers will be permanently taken offline 24 months after the discontinued announcement date (November 9, 2020), at which point ALL Slingbox devices and services will become inoperable,” a frequently-asked-questions page said. “Until then, most Slingbox models will continue to work normally, but the number of supported devices for viewing will steadily decrease as versions of the SlingPlayer apps become outdated and/or lose compatibility.”

The company has also discontinued the SlingPlayer apps for Android, Roku and Windows Phone, although it appears the other apps will remain online for the time being.

The reason for the shutdown, per the company, is that “we’ve had to make room for new innovative products so that we can continue to serve our customers in the best way possible.”

Dish Network earlier this year launched the Air TV, a product that in a way gets back to the Slingbox roots. The company described it as “a new Wi-Fi-enabled network hub featuring enhanced functionality and built-in DVR capabilities.”