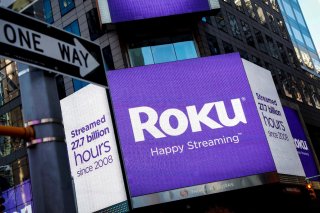 The popularity of free live streaming services is one factor in the cord-cutting revolution. Pluto TV, owned by ViacomCBS, is a genuine phenomenon that has lead other companies to launch competitors. Advertiser-Supported Video on Demand, better known as AVOD, doesn’t get as much mainstream attention, but consumers are making much use of such services.

Roku has entered that space in recent years by placing live channels on the Roku Channel. The company is now expanding the idea much further.

Roku announced the launch of the Live TV Zone this week. In a blog post, the company said that the launch is geared towards what it describes as the 61 percent of Roku users who do not have traditional pay TV, as such people have expressed interest in watching news and other live programming.

“The Live TV Channel Guide gives you access to more than 200 free live linear television channels spanning a broad range of genres including news, sports, kids and family, lifestyle, Spanish language entertainment, and more in an easy to navigate, on screen guide experience,” Roku said in its blog post.

Roku cited a survey it conducted along with National Research Group, released last September, titled “The Streaming Decade.” The survey reached several conclusions about cord-cutting, finding that one in four consumers was a cord cutter, that cord cutters are paying less than half per month than traditional pay TV viewers, and that cord cutting is no longer a phenomenon limited to only the young. While 25 percent of Gen Z has cut the cord, older generations have moved on from traditional pay TV at similar rates.

Cord cutters are also watching a lot, the survey said.

“39% of consumers who cut the cord in the past 12 months say they’re watching more or the same as before they did, and all cord cutters spend 3 more hours per week on average streaming than traditional pay TV viewers spend watching (22 hrs vs. 19 hrs),” the report said.

The report also found that audiences looking to “be in on the conversation and watch something everyone is talking about” are much more likely to choose streaming shows than traditional pay TV shows, by a 66 percent to 22 percent spread.