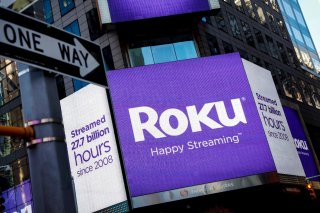 Back in the spring, Roku and YouTube TV began the latest in a series of streaming standoffs. Roku began blocking new downloads of the YouTube TV app while allowing users who already had the app downloaded to continue using it.

In the last several months, there has been little in the way of news about the dispute. Roku executives addressed it on their quarterly earnings call Wednesday, but shared few details about it.

“We really don't have new information to provide on the YouTube situation,” Rosenberg said, echoing what Roku had said about the dispute in its first-quarter earnings call nearly exactly three months earlier.

“Just as a reminder, this is not a carriage dispute. We're not seeking more money or economics in this relationship. We want Google to agree not to try and dictate search behaviors on Roku or access data we don't make available to others or require hardware, software changes to our platform that would harm our competitiveness with other competing platforms, including their own Chromecast. We think these are pretty fair and reasonable asks.

We're working to resolve it in a way that's good for Roku and consumers and Google, but we don't have a resolution today.”

Roku reported what it  called a “strong second quarter,” according to its shareholder letter, and attributed that to “record revenue growth that was driven by exceptional performance in platform monetization.”

However, per CNBC, Roku’s stock dropped following the earnings announcement, after the company announced that it posted a loss in streaming hours year after year, which the company attributed to the receding of the pandemic and people having more ability to find entertainment outside the home.

The company did post higher revenue than analysts had expected.

Roku’s third-quarter outlook was for “robust growth,” with “total net revenue of $680 million at the midpoint.”

“We are pleased with our strong performance in the second quarter and are excited about the road ahead. Roku remains very well positioned to benefit from the long-term secular trend of audiences, content, and advertisers shifting to TV streaming around the globe,” the Roku investor letter concluded. “Our success during the Upfronts this year, the clear value we offer partners seeking to build their own DTC streaming businesses, and the continued acceleration of The Roku Channel flywheel are evidence of the competitive advantages we have built.”