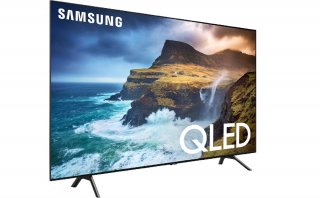 Samsung has announced a breakthrough for its smart TVs released in 2020.

Google Assistant has been added to the available voice assistants on those TVs, along with Samsung’s own Bixby assistant, as well as Amazon Alexa. The change goes into effect immediately for customers with QLED-based 4K and 8K TVs from this year, including the Crystal UHD TVs, The Frame, The Serif, The Sero and The Terrace.

Google Assistant brings Samsung TV owners access to all of the major Google functions, including Search, Photos, Maps and others. It’s also great news for the many Samsung users who truly despise the Bixby product and prefer not to use it.

“The use of voice assistants on our Smart TVs has grown exponentially since Bixby’s launch in 2018,” Seline Han, Vice President of Visual Display Business at Samsung Electronics said in the announcement. “With Google Assistant and Amazon Alexa now supported, we are inviting our consumers to ask even more of their Smart TVs.”

“By bringing Google Assistant to Samsung Smart TVs, we want to connect your living room with the rest of the smart home and help you better manage your day, across your favorite Google services,” Jack Krawczyk Director, Product Management for Google Assistant, said in the announcement. “With our collaboration with Samsung, we are able to offer help from Google assistant to more people around the world right from the big screen.”

“Amazon Alexa on Samsung Smart TVs is designed to delight customers with an enhanced entertainment experience. Beyond navigating video and music content with ease, customers can also connect their Alexa built-in TVs with over 100,000 smart home devices, to make everyday tasks more convenient,” Aaron Rubenson, Vice President of Alexa Voice Service and Alexa Skills for Amazon, said in the announcement.

“Our collaboration with Samsung continues to bring customers the convenience of voice control on Smart TVs while giving customers access to their voice service of choice.”