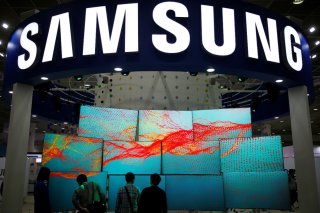 Many assumed that Samsung would be showing the new panels at International CES in Las Vegas this week. Somewhat surprisingly, the first QD-OLED panel TV to surface at CES came from Sony rather than Samsung Electronics.

According to The Verge, Sony revealed the Bravia XR A95K TV, a flagship TV that will include a QD-OLED panel made by Samsung. While it is known that Samsung Display will sell its panels to other manufacturers, the rest of Sony’s OLED lineup this year will feature panels from LG Display, which until now has been the main supplier of large OLED panels.

Even though Sony announced its new product first, it was soon confirmed that Samsung would in fact have a QD-OLED TV at the show, with What Hi-Fi noting that the Consumer Technology Association gave Samsung’s 65” QD-Display TV a “Best of Innovation” award.

“The world’s first true RGB self-emitting Quantum Dot OLED display—revolutionizing TV by combining the contrast levels of RGB OLED with the color and brightness of quantum dots for ultimate visuals,” the text of the award said. “With impeccable visuals, sound, and speed, the QD-Display TV represents the next frontier in home entertainment.”

While the QD-OLED TV was not mentioned in Samsung’s pre-show announcement of its TVs or the company’s opening keynote, Flat Panels HD did receive a demo of the new technology at the show.

“Initially, Samsung Display will mass-produce 55- and 65-inch 4K QD-OLED panels for TVs (Sony A95K, Samsung) as well as a 34-inch panel for monitors (Alienware, Samsung). This is the plan for year one and Samsung Display will decide on the path for next year and beyond later based on partner and market reactions,” the report said of Samsung’s plans for the new panels.

CNET and other tech outlets have said that these new panels may change the balance of power when it comes to panel manufacturers.