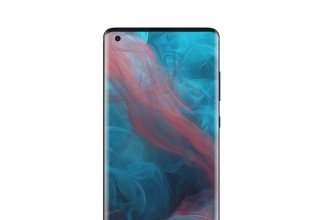 In addition to 5G, the Edge+ has Wi-Fi 6 capability. It boasts a Qualcomm Snapdragon™ 865 processor,  a triple camera system that includes a 108-megapixel camera, and two stereo speakers. It ships with Android 10 and boasts 256GB of storage, and is available in two colors-"Thunder Grey" and "Smokey Sangria."

In addition to the Edge+, Motorola is also putting out a phone called the Edge, which runs on a Snapdragon 765 processor and has a smaller battery. The Edge, however, is the same size as its more expensive counterpart. Pricing and availability has not been announced for the lower-end model.

The Edge+ will be exclusive to Verizon, although the Edge will be available on other carriers. Verizon is offering up to $700 off the price for those who trade in their old phone and switch to certain Verizon Unlimited plans.

The new phones were unveiled Wednesday at an "e-vent," after the company had to abandon its original plan of introducing its new flagship at the Mobile World Congress in Barcelona in February. After that event was canceled due to the coronavirus, various details about the new phone have leaked over the last few months, including pictures of it.

Android Central was able to do a hands-on review of the device, at Motorola's headquarters several months ago. The reviewer praised the phone's technology and specs, although the review objected to both the Verizon exclusivity and its software policy of only guaranteeing one major OS upgrade.

Motorola has, at various points in the past, been a leading player in mobile phones, with such hits as the RAZR feature phone and the Droid smartphone, which was also Verizon-exclusive.

More recently, after its mobile division was purchased first by Google and later by Lenovo, Motorola has focused on cheaper feature phones rather than compete head to head with Apple and Samsung.

The new Edge+ is seen by many as a more direct competitor to Samsung's Galaxy line, which it resembles more than the iPhone, and even comes at the same price. The first 5G iPhone is expected to arrive later this year, barring any supply delays caused by the coronavirus.