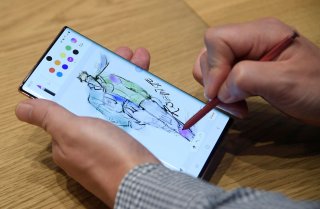 A flurry of leaks over the course of last week relayed what appeared to be exceedingly good news for Samsung fans: the upcoming Galaxy Note 20 is shaping up to be shockingly affordable, potentially being the first Note entry since 2013 to cost less than that year’s corresponding Galaxy S model. But a more recent report by consistently reliable tech publication WinFuture sheds further light on the driving reason behind the Note 20’s lower price: surprisingly disappointing specs.

The biggest shock from the WinFuture report is a significant display downgrade: the entry-level Note 20 reportedly sports a 6.7 inch, 60Hz, 2400 x 1080 resolution screen, a clear step back from the 6.2 inch, 120Hz, 3200x1440 resolution panel of the entry-level S20. As more and more flagship phones make the jump from 60Hz to 120Hz, it is almost beggars belief that Samsung would forego a high refresh rate on the Note 20— especially considering that, since its inception, the Note line has always served as an showcase of the very best mobile technology that Samsung has to offer. The lower resolution seems even more bizarre when coupled with the Note 20’s large display; it means that the baseline Note 20 has a ppi, or pixels per inch, ratio of just 393, as opposed to the 563 of the S20. The sole high point for the Note 20’s display is the apparent return of the flat screen—an oft-requested feature by longtime Note users.

The baseline entry will reportedly be one of two Note 20 models, with the second being the Note 20 Ultra. Coming in at 6.9 inches, 120 Hz, and a 3200 x 1440 resolution that gives it 508 ppi, the Ultra’s display is more in keeping with previous expectations from the Note 20 line. The Ultra also has 12GB of RAM as compared to the Note 20’s 8GB, a beefier camera setup, and a lower-latency S-pen for a more responsive writing experience. In keeping with prior reports, both models with feature 5G connectivity.

WinFuture doesn’t give any indication as to costs, though the price gap between the two models will likely be considerable. Given the drastic specs differences between them (especially in the display department), it almost seems as if Samsung is nudging longtime Note fans to spring for the Ultra. It is unclear from this report if the Note 20 range will have an intermediary ‘Plus’ model like the one found in the S20 lineup.

If true, these leaks suggest a sweeping reconceptualization of the Note series: we could now have a new ‘budget’ model that sells for less than the Galaxy S while skipping out on some of its features, and a ‘premium’ model sporting all the high-end bells and whistles that come with a traditional Note experience.

It should be stressed that these rumors, despite stemming from a reputable source with a track record of accurate reporting, remain unconfirmed. Nevertheless, we won’t have to wait much longer to see what Samsung has in store for us—the South Korean tech giant is set to unveil the Note 20, reportedly along with a new smartwatch and pair of wireless headphones, on August 5.