Save Your Cash: Sony Reveals Prices for Its 2020 4K and 8K HDTV Lineup 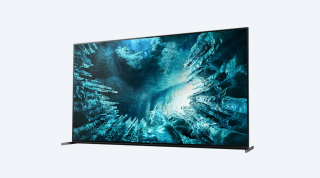 Sony unveiled a new line of big new 4K and 8K TVs at International CES back in January, and now the company has announced pricing for its new line of LED and OLED TVs. The line features 19 separate models, ranging in price from $599.99 to $9,999.99.

The line is led by Sony’s Z8H 8K HDR LED TVs, which feature 8K resolution. It’s a step up from 4K, and also upscales images to 8K from 4K and Full HD sources. The line also features Amazon Alexa, Apple HomeKit and Airplay 2, and Google Assistant.

Also on the way from Sony is its line of A8H OLED 4K HDR TVs, which are sold under the Bravia name. Featuring 2.1 channel sound, these TVs are also compatible with Alexa, Apple HomeKit and Airplay 2.

Techradar wrote of Sony’s 2020 TV line that while “it’s looking like Sony’s TV lineup is more of a continuation of last year’s lineup than a bold, new vision for TVs, but we’re still excited for the TVs coming our way this year.”