Sharp TVs to Return to U.S. Market, with Roku Interface 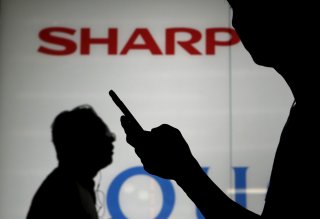 Sharp was a fairly major player in the TV business for many years, but the company announced in 2015 that it was exiting the TV business in North America. At that time Sharp, a Japanese firm, announced that it was licensing its brand name to Hisense, beginning the following year. In 2016, manufacturer Foxconn took over Sharp, although that deal led to lawsuits in which Foxconn sought to get out of the deal with Hisense, per The Streamable.

But next year, after a six-year absence, Sharp will make its return to the U.S. market, as part of a partnership with Nikkei. The TVs are set to arrive on the market next spring.

“The Osaka-based company looks to roll out 50- to 75-inch liquid crystal display TVs with superhigh-definition 4K display. The sets will be made at a Mexican plant run by Taiwanese parent Foxconn, the world’s leading contract electronics assembler, which is strong at keeping costs down,” the Nikkei story said.

The TVs will feature the familiar Roku OS interface, which remains one of the most popular among North American audience. Sharp will join the growing list of TV manufacturers that license Roku software, along with TCL, Hisense and others.

Nikkei had reported back in 2018 that Sharp was looking to get back into the U.S. TV market.

According to The Motley Fool, Roku’s stock jumped 5 percent Monday, presumably on the strength of the Sharp reports.

“Even with Hon Hai/Foxconn's massive manufacturing might and distribution network behind it, Sharp faces an uphill battle to grab a significant share of the American TV market. Roku's software gives Sharp a finely tuned, consumer-friendly platform with access to every media-streaming service worth its salt, but that's not a competitive advantage because you can already get a Roku-powered TV from more than a dozen brands," the financial news site said.

“That being said, Sharp used to be a true heavyweight, and Foxconn does bring a potentially game-changing infrastructure advantage to the table,” The Motley Fool. “Roku can stick another good-looking feather in its colorful hat of consumer-facing partners. Building partnerships is what it's all about, and this particular addition could easily be worth a 5% higher share price in the long run.”

It’s not clear when the new TVs will be unveiled, but the 2022 CES, when major TVs are frequently shown, might be a good bet as to when. Sharp, before it exited the TV business, and Roku have both exhibited in the past at the show, which is set to return in person to Las Vegas next January.