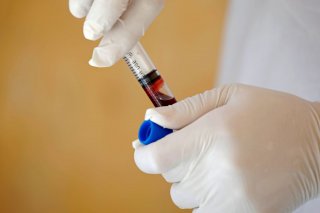 A newly developed blood test for Alzheimer’s disease has diagnosed the disorder as accurately as more common methods that are much more expensive and invasive, according to several studies presented virtually this week during the Alzheimer’s Association International Conference 2020.

“There is an urgent need for simple, inexpensive, non-invasive and easily available diagnostic tools for Alzheimer’s,” Maria Carrillo, chief medical officer of the Alzheimer’s Association, said in a release.

“The possibility of early detection and being able to intervene with a treatment before significant damage to the brain from Alzheimer’s disease would be game changing for individuals, families and our healthcare system.”

In one particular study presented at the conference and published in JAMA, a blood test to detect the tau protein, which is often seen in patients suffering from Alzheimer’s, was as accurate as a spinal tap or a positron emission tomography (PET) scan.

The blood test could also distinguish between different kinds of dementia and even pinpoint early warning signs of Alzheimer’s.

For the study, the researchers from the U.S. and Sweden were able to measure an abnormal version of the tau protein called p-tau217, which is seen in greater amounts in people with Alzheimer’s disease than in healthy individuals.

“This test, once verified and confirmed, opens the possibility of early diagnosis of Alzheimer’s before the dementia stage, which is very important for clinical trials evaluating novel therapies that might stop or slow down the disease process,” the researchers wrote.

In another study, which was published in the Journal of Experimental Medicine, researchers were able to confirm that levels of p-tau217 are elevated in the early stages of Alzheimer’s disease and closely related to amyloid buildup in the brain.

Changes in the brain proteins amyloid and tau—and their formation into clumps—are the defining physical features of Alzheimer’s disease in the brain. Scientists believe that the buildup of tau tangles correlates closely with cognitive decline.

“Our findings support the idea that tau isoforms in the blood are potentially useful for detecting and diagnosing Alzheimer’s disease pathology,” Randall Bateman, professor of neurology at Washington University School of Medicine, said in a release.

Researchers noted that the study’s results would need to be replicated in clinical trials in more populations, including those with more racial and ethnic diversity.

An estimated fifty million people worldwide have dementia, and there are nearly ten million new cases every year. Alzheimer’s disease is the most common form of dementia and contributes to about 60% to 70% of all cases, according to the World Health Organization.