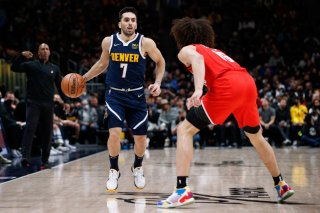 With the news that Sinclair Broadcast Group is planning to launch a Bally’s Sports App later this year, it appears that streams of local sports broadcasts may finally be going direct-to-consumer.

According to The Streamable, Sinclair, which owns the Bally’s Sports networks, is planning to launch a streaming service and has deals in place with sixteen NBA teams and twelve NHL teams. This means that sports fans will finally be able to ditch cable in order to watch their teams via stream.

The report said that Sinclair is hoping to launch their service in time for the MLB’s spring season, provided the current MLB lockout doesn’t delay the start of the season. The site also reported on some of Sinclair’s projections for the new service.

“In their first full year of operating the service (2023), without adding any additional teams to the service, the company expects $243 million in subscription revenue across 1.08 million subscribers. On average, that would mean a subscriber would be paying $225 per year to access the Bally Sports App – or $18.75 per month," the report said. That would add up to $32 a month, which is more than most streaming services, but much less than a cable package.

However, The Streamable speculated that the price might actually be as low as $23 per month, a claim that Sinclair has denied.

Many customers have only remained subscribed to traditional pay-TV services in order to watch sports. Most local sports broadcasts are shown on regional sports networks (RSNs) as part of deals made with individual professional sports franchises. Even as cord-cutting has accelerated over the years, many sports fans have been left with few ways to watch their favorite teams without a cable subscription.

However, as streaming services have grown since the start of the pandemic, cord-cutting has begun to impact RSNs. At the same time, the significant debt that Sinclair has taken on to operate the Bally’s networks has led to speculation that their Diamond Sports Group could face bankruptcy.

Sinclair reached a deal last week to stream NBA games in local markets. With the company facing significant debt, it was fortunate to be able to secure financing to launch the service.

“We are excited about our continued partnership with the NBA which allows us to bring the league’s in-demand and exciting basketball content to local fans across multiple platforms,” said Sinclair CEO Chris Ripley in a statement.