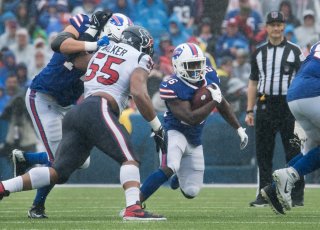 It’s been known for quite a while that the NFL’s Sunday Ticket package, which has been exclusive to DirecTV since it first launched in 1994, is going to come up for bid in the near future. DirecTV’s exclusivity is set to expire after the 2022 season, and the NFL has been vocal about wanting to go with a different partner.

This week, the NFL commissioner made that clear in public comments.

According to CNBC, the issue came up at NFL owners’ meetings in New York this week, the first time since the pandemic it occurred in person. And while the CNBC story concentrated on recent controversies involving the e-mail scandal of former Las Vegas Raiders coach Jon Gruden and allegations of misconduct at the Washington Football Team, the Sunday Ticket issue was still raised.

NFL commissioner Roger Goodell called Sunday Ticket a “streaming product,” and indicated that it will move from a satellite project to a digital one, as CNBC characterized his comments.

“I think that is best for our fans to make it accessible on a digital platform,” the commissioner said.

The report, cited “a person familiar with the NFL’s thinking about Sunday Ticket” told the network that “several tech companies” are interested in the package. The story also said that “in league circles, the rumblings suggest the NFL eventually wants to lure Apple to take it over.”

CNBC reiterated that the NFL would like to offer creative options in Sunday Ticket, including “giving consumers the option to purchase individual team games,” as well as possibly allowing different streaming services to carry the American Football Conference (AFC) and National Football Conference (NFC) packages, the way those conferences are split between CBS and Fox on Sunday afternoons.

Some reports of late have stated that DirecTV could retain the satellite side of the Sunday Ticket package, but the CNBC story did not mention that possibility. Also reported by CNBC was that the NFL hired Goldman Sachs last year to find investment partners in NFL.com and the NFL Network.

The report added that the NFL hopes to for an agreement with a new partner before the start of next season, even though it wouldn’t go into effect until the season after that.

Earlier this year, the NFL extended its standard TV deals, maintaining Fox, CBS, NBC, and ABC/ESPN as partners, while adding streaming elements to the package. Those include Amazon Prime as the new exclusive home of the Thursday Night Football package. Amazon has also been mentioned as a possible partner for Sunday Ticket.