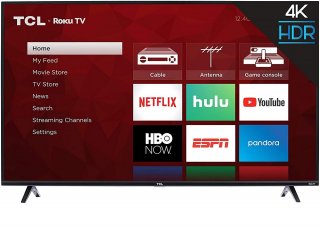 Those who have gotten rid of cable and switched to a vMVPD service do so with the expectation that the service will be reliable. However, one of those services suffered an outage on Tuesday night.

YouTube TV crashed on Tuesday night, per the website Down Detector. The site’s graph listed the peak of the outage at 11:18 p.m. on Tuesday, although the outage appeared to have been resolved within hours.

“An unknown error is causing video playback on YouTube to error out for some users. In some cases, it appears that quality drops from a standard resolution such as 1080p or 720p down to a much lower quality before crashing entirely. Your results may vary,” 9to5Google reported on the outage.

The timing of the crash coincided with the broadcast of the NBA’s first-ever play-in games, both of which were played on Tuesday night, as well as a new episode of the popular NBC series “This is Us.”

The outage came about as Google-owned YouTube remains in a dispute with Roku. On May 1, Roku dropped YouTube TV from its channel store, although those who already had the app were able to continue using it. About a week later, per The Verge, Google announced that it was adding YouTube TV to the main YouTube app, and that it was “still working to come to an agreement with Roku to ensure continued access to YouTube TV for our mutual customers.”

Google also said that it was “in discussions with other partners to secure free streaming devices in case YouTube TV members face any access issues on Roku.”

Roku issued a statement of its own following the move.

“Google’s actions are the clear conduct of an unchecked monopolist bent on crushing fair competition and harming consumer choice. The bundling announcement by YouTube highlights the kind of predatory business practices used by Google that Congress, Attorney Generals and regulatory bodies around the world are investigating,” Roku’s statement to the press said.

“Roku has not asked for one additional dollar in financial value from YouTubeTV. We have simply asked Google to stop their anticompetitive behavior of manipulating user search results to their unique financial benefit and to stop demanding access to sensitive data that no other partner on our platform receives today. In response, Google has continued its practice of blatantly leveraging its YouTube monopoly to force an independent company into an agreement that is both bad for consumers and bad for fair competition.”