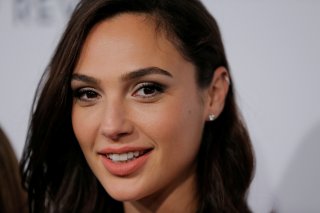 Warner Media made the shocking announcement last month that it will debut Wonder Woman 1984 simultaneously in theaters and on the streaming service HBO Max. The film was scheduled for theatrical release earlier this year and was repeatedly delayed due to the coronavirus pandemic, and Warner decided that rather than wait until after the pandemic to put out a wide release, it would put a high-profile title on its streaming service instead, along with a release in whichever theaters are open.

Now, the company has announced, via a tweet by the film’s director Patty Jenkins, that it will be making the film available in high-tech presentation, including in 4K, with Dolby Vision and Dolby Atmos. All are a first since HBO Max launched earlier this year.

“Excited to announce that #WW84 will be the first film on HBO Max available in 4K Ultra HD, HDR 10, Dolby Vision AND Dolby Atmos! Can’t wait. IN THEATERS on Dec. 25th and exclusively streaming in the US on @hbomax,” the director said in the tweet. “PLEASE find the biggest and highest quality screen you can.”

Jenkins had previously said, at the time that the HBO Max release was first announced, that she preferred that fans go to see it in theaters. The film had a reported budget of $200 million, meaning that Warner is likely forgoing a large box office payday by not making the film a theatrical exclusive.

On the 4K and Dolby capabilities, “HBO Max will expand these capabilities to further films and TV series, as well as adding support for additional devices, throughout 2021,” the company said in an email announcement Tuesday.

The film, which was expected to be one of the year’s biggest blockbusters, will hit both formats on Christmas Day. It will also have an international theatrical release on Dec. 16. And the release on HBO Max will only last for a month, leaving the door open to a possible theatrical re-release post-pandemic.

HBO Max subscribers will be able to watch the movie via the Amazon Fire platform, due to a deal reached by the parties earlier this fall. The big question is whether Warner will have made a similar deal with Roku in time for the “Wonder Woman” release, thus allowing those with 4K Roku TVs to experience the film that way. There were media rumblings prior to Thanksgiving that such a deal was imminent, but one has not been announced as of yet.

“Wonder Woman 1984” once again stars Gal Gadot as the famous DC heroine, while “Saturday Night Live” veteran Kristen Wiig will play the villain, Cheetah. Also in the cast are Pedro Pascal, Robin Wright and Connie Nielsen, while Chris Pine will reprise his role from the first movie as Steve Trevor.